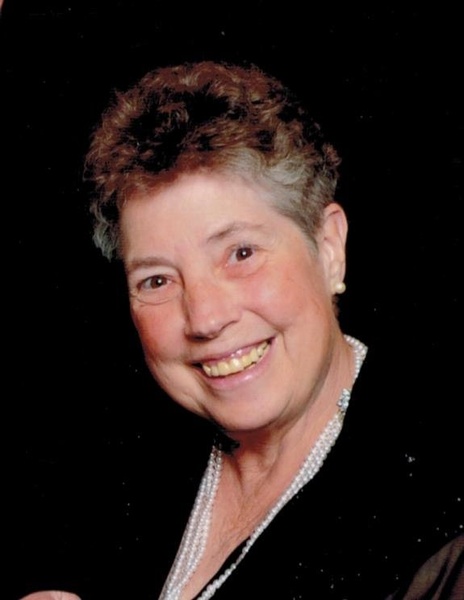 Jeanne Sayre Nichols Jeanne Kathleen Sayre Nichols of Meshoppen passed into Jesus’ arms on July 22, 2015, in her home with her husband Shannon Nichols by her side. She was born May 5, 1949 in The Pennsylvania Hospital in Philadelphia, PA, a daughter of Orland Frederick Sayre and Dorothy Grace Hamson Sayre of Tunkhannock Jeanne had battled several physical ailments over the years beginning at the age of three years, and considered release from this "stinky old body" (the way she referred to it) as a gift. She will be remembered for her infectious laughter, exuberant smile, and her love of life. She was married 9/15/72 to Shannon Nichols at Osterhout Bible church by Pastor Victor Decker, and together they had two children, Ken and Amy. Jeanne was a graduate of Tunkhannock HS in ’67. She studied nursing for 2 years at Messiah College, 3 years at Robert Packer, attained her BS in Nursing 5/4/74, and became a Registered Nurse in November 1974. Jeanne’s work experiences included Tyler Memorial Hospital, Carpenter Care Center, Tyler Home Health Nursing, LPN Instructor at LCCC and Susquehanna VoTech, and finally in the OB department of Tyler Hospital. After retiring, she and Shannon enjoyed travelling to the Sarasota, FL area for many winters; cruising to various locations such as Alaska, Hawaii and the Caribbean. For their 40th wedding anniversary, they ventured through the air on a hot-air balloon ride. Jeanne and her husband were members of Mehoopany Baptist Church since 1984 where Jeanne enjoyed singing in the choir and in various cantatas over the years. Jeanne served in children’s ministries such as Awana, Olympians, and teaching Sunday school. She also spent many years serving as the CEF (Child Evangelism Fellowship) nurse at summer camps. They had previously been members of Osterhout Bible church where Jeanne’s parents attended. Jeanne was preceded in death by her father, Orland Fredrick Sayre of Tunkhannock, and her father-in-law, Nelford Shannon Nichols Sr. and mother-in-law, Margaret La Parr Nichols of Virginia. Surviving are Jeanne’s mother, Dorothy Grace Hamson Sayre of Tunkhannock; Jeanne's husband, Nelford Shannon Nichols II of Meshoppen; their son, Kenneth Shannon Nichols and wife, Deata Lynn Rabideau Nichols; and their daughter, Amy Kathleen Nichols Putney and husband, Pastor Gary Michael Putney of Harpursville, NY. Grandchildren include Alyssa Lynn Nichols, Hanalee Sayre Nichols, Joy Kathleen Putney, Thomas Andrew Nichols, Faith Elaine Putney, and Ethan Noah Nichols. Also surviving are Jeanne’s siblings, Andrew Sayre (wife, Janet) of Wellsboro; Rodger Sayre (wife, Mary) of Tunkhannock, and Barbie Grosvenor (husband, Dave) of Springville; and many cousins, nieces, and nephews. Church Services will include a “Celebration of Faith” at Mehoopany Baptist Church, August 11 at 5:30 p.m. with Pastor Joe Billingsley presiding and Pastor Ralph Nevin bringing the message. A dinner for the family and church members will be served at 6:30 p.m. following the ceremony. Because Jeanne accepted the Lord Jesus as her Savior while attending a CEF camp in Beaumont, PA in 1955; the family would like memorial contributions in lieu of flowers, to be made to: Child Evangelism Fellowship of Wyoming County, P.O. Box 73, Tunkhannock, PA 18657. On line condolences may be sent to the family at www.sheldonkukuchkafuneralhome.com.
To order memorial trees or send flowers to the family in memory of Jeanne K. Nichols, please visit our flower store.