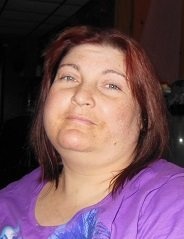 She was born in Doylestown, Pa. on January 4, 1969 daughter of David and Virginia Branning Wilcox of Tunkhannock.

Jennifer was a 1986 graduate of Tunkhannock High School and for several years she worked as a LPN at Tyler Memorial Hospital, Tunkhannock United Methodist Home and Golden Living Center in Tunkhannock.

A memorial service will be held on Tuesday at 8 pm from the Sheldon-Kukuchka Funeral Home Inc., 73 W. Tioga St, Tunkhannock, with Pastor Rick Wormer of the Tunkhannock Assembly God Church. Family will receive friends from 6 pm until the time of service, on line condolences may sent to the family at www.sheldonkukuchkafuneralhome.com.

To order memorial trees or send flowers to the family in memory of Jennifer L. Wilcox, please visit our flower store.