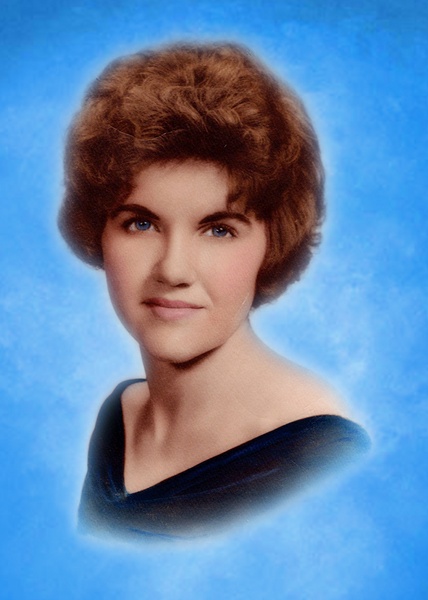 Joan E. Schwartz, 78, of Forkston, Pennsylvania passed away on Tuesday January 25, 2022 at Allied Hospice, Wilkes-Barre, PA. Joan is survived by her husband Richard J. Schwartz. Born in Philadelphia on September 17, 1943 she was the daughter of the late Robert A. and Margaret Gillespie Adams. After marriage she lived in Rantoul Illinois with Richard and then travelled the 3,600 miles to Anchorage Alaska, where her husband served in the Air Force. After service duty, the couple moved to Glassboro, N.J. to be near family. Later in life they moved to Forkston, Pennsylvania. Joan found joy in cooking and baking, and loved to invite her children’s friends for dinners. Joan had a special place in her heart for Lorrain’s friends, Tina and Sue, and considered them family. Joan loved animals, and sometimes it seemed every stray found its way to her doorstep. She took these animals in, and loved and fed them heartily. Joan grew up in South Jersey, where she graduated from Pitman High, and later pursued a paralegal degree at Rowan State. Joan valued education and worked many long hours to help provide for her children’s education and passionate interests. Joan worked in hospitality, insurance, and the retail industry. Like everyone in the family, Joan was an extremely hard and diligent worker. Besides her dedication to her husband, and two children, and working sometimes long hours, Joan always managed a neat, clean and welcoming house which she helped turn into a loving home. In addition to her husband, Joan was a devoted and loving mother to her son, Richard, Jr. and wife Jennifer; and her daughter, Lorrain and husband Richard Stevens; brothers, John and Jim Adams; and a niece Sandra Hartnett. Family and friends are invited to attend Joan’s funeral service which will be held on Saturday February 5, 2022 at 11:00 AM from the Sheldon-Kukuchka Funeral Home, Inc. 73 W. Tioga St. Tunkhannock, PA 18657. Interment will follow in Forkston Cemetery. A viewing will be held at the Sheldon-Kukuchka Funeral Home from 10:00 AM until the time of the funeral service on Saturday. In lieu of flowers or memorial contributions, the family requests that personal donations can be made in Joan’s name to, a local food bank, or animal shelter of your choice.
To order memorial trees or send flowers to the family in memory of Joan E. Schwartz, please visit our flower store.