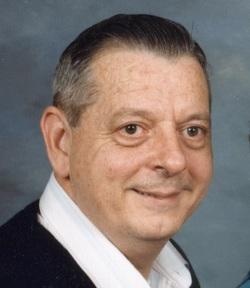 John “Jack” Delmar Jr. passed away Thursday, December 12th. He was born on October 30, 1938 in Scranton son of the late John and Marie Mayer Delmar. He was surrounded by his family in the comfort of his home. Jack and his wife, Mary Catherine, celebrated 52 years of marriage on December 2nd. John was a devoted Catholic and member of the Church of the Nativity BVM. The most important thing in his life was his family and he was extremely proud of his children. Jack was a 1957 graduate of Scranton Tech and an Army veteran. He was employed by Eurika, S & H Green Stamps. He finally found a home in Tunkhannock working at Proctor and Gamble and retired after 26 years. He loved his job at P & G and treasured the many friends he made while employed there. After retirement, he enjoyed family gatherings and spending time with his wife, children, grandchildren, and great-grandchildren who called him Poppy. In addition to his parents, John was preceded in death by his infant son William Martin and sisters Patricia Gaetano and Mary Lou Slowey. He is survived by his wife of 52 years Mary Catherine Golden Delmar, son Jack and wife Joyce of Wyoming, daughter Deborah and husband Vince Maciorkoski of Lake Carey, son Joseph and wife Jennifer of Shavertown and daughter Catherine and husband Robby Roberts of Montrose; 9 grandchildren and 5 great-grandchildren. Funeral services will be held Tuesday December 17th at 9 am from the Sheldon-Kukuchka Funeral Home, 73 W. Tioga St., Tunkhannock, PA with a Mass of Christian Burial at 10 am from The Church of the Nativity BVM, 99 E. Tioga St., Tunkhannock. Family and friends may call Monday evening from 5 – 8 pm at the funeral home. In lieu of flowers, memorial contributions may be made to the Church of the Nativity BVM. Online condolences may be sent to the family at www.sheldonkukuchkafuneralhome.com.
To order memorial trees or send flowers to the family in memory of John P. Delmar, please visit our flower store.