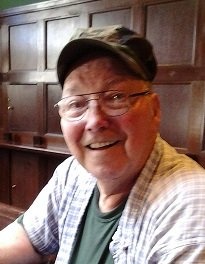 John S. Gilroy John S. “Jack” Gilroy 71, of Tunkhannock passed away on Thursday February 4, 2016 at his home in Tunkhannock. He was born in Wilkes-Barre on July 26, 1944 son of the late James L. and Lottie Nizio Gilroy. He was a graduate of Marymount High School in Wilkes Barre class of 1963. He joined the United States Marine Corps serving from 1963 to 1969. Prior to his retirement he was employed by the Proctor and Gamble plant in Mehoopany from 1972 to 1999. He was preceded in death by brothers Frank Gilroy, Thomas Gilroy and a sister Jean Isralski. Surviving are sons Michael Gilroy and wife Hope and Richard Gilroy Sr. both of Tunkhannock, brother Steve Gilroy and wife Erin, sisters Lorraine (Gilroy) Scully, Mariann (Gilroy) Chopiak, 10 grandchildren and 4 great-grandchildren and his companion Nancy Lee of Tunkhannock who meant so much to him. Family will receive friends at the funeral home on Saturday, February 6, 2016 from 2 to 3pm. Saturday February 6, 2016, 2 pm - 3 pm at Sheldon-Kukuchka Funeral Home Click for Map and Directions
To order memorial trees or send flowers to the family in memory of John S. Gilroy, please visit our flower store.