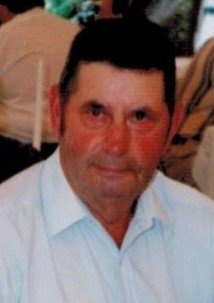 John “Yono” Jurista 92, of Eaton Twp. died Saturday October 7th. He was preceded in death by his wife of 45 years Alberta Avery Jurista.

He was born in Eaton Twp. on May 5, 1925 son of the late Edward and Mary Gajdiza Jurista.

A Blessing service will be held Wednesday October 11th at 12 Noon from the Sheldon-Kukuchka Funeral Home, Inc. 73 West Tioga St. Tunkhannock interment will be in Sunnyside Cemetery Tunkhannock. A viewing will be held Tuesday evening from 6:00 PM to 8:00 PM at the funeral home. For directions and on line condolences please visit www.sheldonkukuchkafuneralhome.com.

To order memorial trees or send flowers to the family in memory of John Jurista, please visit our flower store.