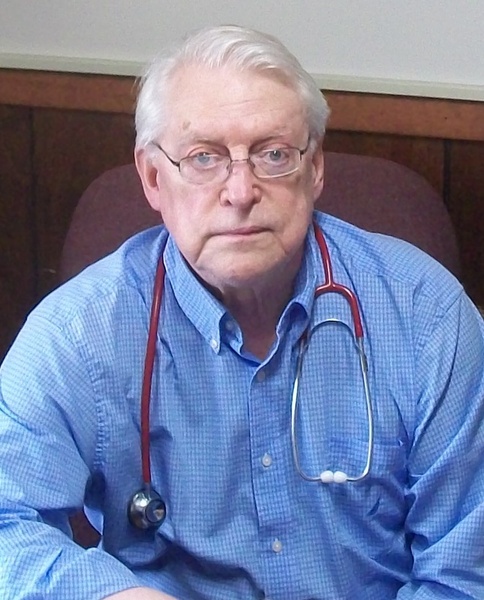 Born in Monticello, Georgia, son of the late John and Evelyn McIntyre, he was a graduate of Monticello High School, where he won consecutive football state championships as starting quarterback, and received a B.S. from the United States Naval Academy, where he achieved the rank of lieutenant and played football for the nationally renowned Midshipmen coached by Steve Belichick.

Dr. McIntyre went on to earn his M.D. from the University of Arkansas before starting a private practice in Tunkhannock, serving the people of the area with care and compassion for more than 40 years. The only thing he enjoyed more than practicing was watching his teams, reading Tom Clancy novels, and telling Navy stories to family and friends.

He was preceded in death was his beloved wife Karen.

Family and friends are invited to attend Dr. McIntyre’s funeral which will be held Saturday at 2 p.m. from the Sheldon-Kukuchka Funeral Home, 73 W. Tioga St. Tunkhannock, PA 18657. Friends may call on Saturday from 1 p.m. until the time of service.

In lieu of flowers donations can be made to the donor’s choice in memory of Dr. McIntyre.

To order memorial trees or send flowers to the family in memory of John F. McIntyre, please visit our flower store.