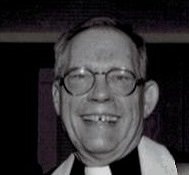 Life Legacy Rev. John Hollebrands Meyer, age 78, of Laceyville, died Monday, May 9, 2016 at home. John was born September 27, 1937 in Hudson, NY. He was the son of the late Rev. Cornelius J. and Laurena (Hollebrands) Meyer. He married Katherine Ashe in 1961. John graduated from Hope College in Holland, MI with a BA in English in 1959 and then entered New Brunswick Theological Seminary graduating with his M.Div in 1962. Upon graduation John and Kathy moved to Berne, NY where he served as pastor for the Berne and Beaverdam Reformed Churches. It was also during this time that John was appointed to serve on the Board of Trustees of Hope College. In 1967 they moved to College Point, NY where John pastored the First Reformed Church for five years. During this time he served as President of the Classis of Queens and then became President of the Regional Synod of New York, serving for three terms where he shepherded the Synod through a reorganization. More recently, he again served the larger church as the Stated Clerk of the Classis of Queens and continued as a member of its Human Support Committee. In 1972 Pastor Meyer and his family were called to serve the Community Church of Douglaston NY. He served in Douglaston for 28 years retiring in 2000. In 2001, John and Kathy moved full time to their Endless Mountains retreat. “Jokah Hill”, their log cabin which they built in 1989. John continued to preach in his retirement when called upon at the Sugar Run and Wyalusing Presbyterian Churches and the Lake Carey Chapel. He also wrote and self-published two devotional books, “The Shepard’s Staff”, a devotional study of the 12 disciples and “Psalm 23, a Psalm for all seasons”. John H. Meyer was a devoted husband, loving father and fun-loving Grand Papa. He is survived by his wife of 55 years, Katherine (Ashe) Meyer, two daughters: Janet Meyer Vincent of Saratoga Springs , NY, and Jennifer Meyer Sweedler (Frank) of Bayside Queens , NY, two sons: Jonathan Thomas Meyer (Christine) of Manahasset, NY, and Jeffrey Ashe Meyer of Oyster Bay, NY; one sister: Janice Meyer Henning (Spencer) of Laceyville, PA. and one brother: C. James Meyer (Laurel) of Midlothian, VA; He also has five grandchildren Ian Vincent, Daniel John Meyer, Steven Meyer, Claudia K. Meyer, and Ariana Sweedler as well as nieces and nephews. Funeral services will be held at 2 pm on Saturday, May 21st from the Sugar Run Presbyterian Church, Second St. 7417 Rte 187, Sugar Run, PA with Rev. Janet Vincent and Valerie McKay presiding. Interment will be in Vaughn Cemetery, Mehoopany, PA at 11 am. Friends and family may call from 4 – 6 pm on Friday May 20th at the Sheldon-Kukuchka Funeral Home, 73 W. Tioga St., Tunkhannock, PA. In lieu of flowers, donations may be made in John’s name to the Sugar Run Presbyterian Church, Second St. 7417 Rte 187, Sugar Run, PA 18846, or to a congregation of your choice.
To order memorial trees or send flowers to the family in memory of John Hollebrands Meyer, please visit our flower store.