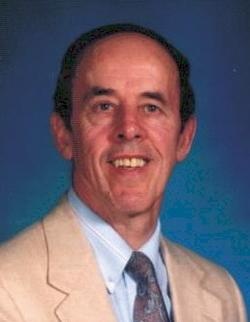 John J. Mikush, 83, of Tunkhannock, PA, passed away peacefully in his sleep at his home on September 23, 2014. Jack is survived by his wife, Dottie Mikush, with whom he recently celebrated his 56th wedding anniversary. Jack was born February 8, 1931 in Wilkes-Barre, PA. Son of the late John and Helen Mikush. Jack served his country honorably during the Korean War in the U.S. Air Force, primarily at Otis Air Force Base, Falmouth, MA . He was a graduate of Hanover High School in Wilkes-Barre and Bowling Green State University. Jack was an honored educator for over 35 years in both the Manville and Bridgewater-Raritan NJ School Districts. He was also chairman of the Industrial Arts Department and a respected wrestling coach for many years. Jack wrestled in high school and in college at Bowling Green Stat University. Jack was also a member of the Loyal Order of Elks. After retirement, Jack and Dottie moved to Tunkhannock, PA; and it has been their home for over 23 years. In retirement, Jack was a gentleman farmer, a extensive traveler and a woodworker. His wood furniture creations are family heirlooms and were purchased by many at “Jack’s Barn”. He is survived by his wife, Dorothy; son, Michael and his wife Diane, and children Elisabeth and Julie of Bridgewater, MA; daughter, Lisa Piana and her husband Bob , and children Melissa and Cameron of Franklin, MA; and daughter, Karen Luft, and children Jack, Haley and Jamie of Ashburn, VA. Jack is also survived by a sister Marie Cammarota, Stone Harbor, NJ, and sister Charlotte Pomianek of Clinton, NJ and many close nieces and nephews. A Memorial Service will take place at the Nativity Blessed Virgin Mary Church in Tunkhannock, PA on Sunday, October 12th at 1:00 pm. There will be a Gathering for family and friends proceeding the service at 12:30 pm. Arrangements by Sheldon-Kukuchka Funeral home Inc 73 West Tioga St. Tunkhannock. Memorial Donations, if desired, may be made to the American Heart Association. For additional information, please visit the funeral homes’ website at www.sheldonkuchkafuneralhome.com Sunday October 12, 2014, 1 PM at Church of the Nativity BVM Click for Map and Directions Sunday October 12, 2014, 12:30 PM Click for Map and Directions
To order memorial trees or send flowers to the family in memory of John Joseph Mikush, please visit our flower store.