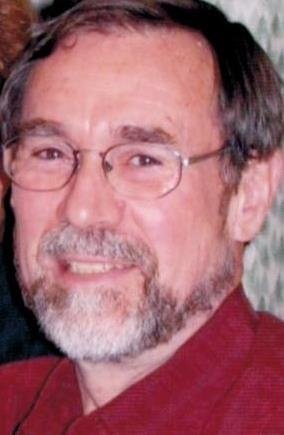 John was born in White Haven, PA on May 23, 1946 and was the eldest son of the late William and Margaret Reilly. Two of his brothers, Charles and Larry, along with several brothers-in-law and a niece predeceased him. Never accepting idleness, John began working at a very young age. He and his younger brother mowed lawns and shoveled snow all around White Haven. John spent years working hard at Big Boulder Ski Area doing everything from selling tickets to making snow. During this time, John cultivated his love for snow skiing. He graduated from St. Ann's High School and Churchman's Business College. Then, he and a cousin visited a recruitment center and John joined the U.S. Army. He proudly served the majority of his army career in Korea. When he and Nancy met he was a lineman for a private company. In 1970, John and the love of his life, Nancy ("Nance" to John) became engaged, and wed. They moved to Tunkhannock so that John could start his career at Procter & Gamble (P & G). Their only daughter, Carissa was born in 1973. This began, not only a wonderful father/daughter relationship, but it was his influence that taught Carissa to protect the environment by reducing, reusing, and recycling. Carissa and her Husband, Jason (who affectionately called him "Pop") will so acutely miss his knowledge and his love; always holding him in their hearts. Nancy and John were married for 45 & 1/2 years. After John retired from his lengthy years at P & G, he and his Nance revitalized their mutual enjoyment of family, friends, travel, and downhill skiing. John, being the more adventurous of the two, never met a mountain he didn't master. He was happiest on the ski slopes with nieces, nephews, ski club buddies, all the family, and anyone who rode a chairlift up the mountains with him. Together, John and Nancy skied all over the US, the Canadian Rockies, and Switzerland. John even skied one summer in Argentina. He challenged himself every ski day as he challenged the vicious pancreatic cancer that eventually weakened his body but not his spirit. John's infectious joy of skiing was related in the many stories for which he was known. Thankfully, friends and family never tired of his wit and joy in relating his adventures. John is survived by his wife, Nancy, and daughter and son-in-law, Carissa and Jason Longo (Harrisburg). He is also survived by Brothers William and wife, Robin; Robert and wife, Cindy; Timothy, and his only sister, Elaine Gelezinsky and husband Vince who all live in the White Haven vicinity. John's Godchildren, many nieces, nephews, great nieces, and great nephews will always hold fond memories of their "Uncle John." Aunts, Cousins, and Nancy's siblings/spouses will always keep fond memories close to their hearts. John was eternally grateful to all the long P & G friendships and church relationships he retained. After retirement, John's time was spent skiing, remodeling their home and his Mom's home, growing delicious tomatoes in his garden, and volunteering endless hours at his beloved Church, Nativity BVM in Tunkhannock. No task was too small or too large for John. Even during many months of chemotherapy, surgery recovery, and radiation, he still enjoyed working with a wonderful group of people who assembled/prepared the fresh fruit cups for the Church. Preparation time passed so quickly, as the laughter increased with John's retelling of his remodeling/ski scenarios. His positive outlook and joy of life will always remind friends and family of John. A mass of Christian Burial will be held on Thursday March 10th at 9:30 AM at the Church of Nativity BVM Tunkhannock friends and family are asked to go directly to the church, interment will be in St. Patrick’s Cemetery White Haven, PA. A gathering of friends and family will be held on Wednesday March 9th from 4:00 PM to 8:00 PM at the Sheldon-Kukuchka Funeral Home, Inc. 73 West Tioga St. Tunkhannock, PA. In lieu of flowers, John requested donations be made to the Nativity BVM Church 99 East Tioga St. Tunkhannock, Pa. For direction and on line condolences please visit www.sheldonkukuchkafuneralhome.com
To order memorial trees or send flowers to the family in memory of John A. Reilly, please visit our flower store.