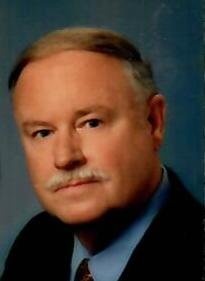 John "Jack" Stacey Ullrich, 79, passed away surrounded by his family in Celtic Hospice, South Wilkes-Barre, PA on May 19, 2018. He is survived by his loving wife of 57 years, Mary Carol Ullrich.

Jack graduated in 1956 from Gonzaga High School in Washington, DC. He then pursued his education, and became a graduate of Georgetown University with a Bachelor’s Degree in Business Administration. Jack worked 35 years for Proctor and Gamble, Mehoopany, PA Plant in various Management positions. Jack was involved in many community activities. He coached Tunkhannock Little League and Teenier League. Jack was Boy Scout Pack Master for Post 518 for 5 years, as well as a Member of the Knights of Columbus. Jack had a retail booth in Ephrata, PA where he sold many pieces of antique furniture and collectables. Jack also had a passion for buying and collecting classic muscle cars with his sons. He loved to travel with family and had a vacation home in the Outer Banks, NC for many years. Anyone that knew Jack, knew he was the "life of the party." Jack had a quick wit and one of a kind personality. He never lost his sense of humor, even during his period of illness. Jack will be greatly missed by all.

Jack is preceded in death by his brother Thomas Ullrich, and sister Kathleen McCarthy.

A Memorial Mass will be held on June 2nd at 11:00am at Nativity BVM Church, 99 East Tioga Street, Tunkhannock, PA.

To order memorial trees or send flowers to the family in memory of John S. Ullrich, please visit our flower store.