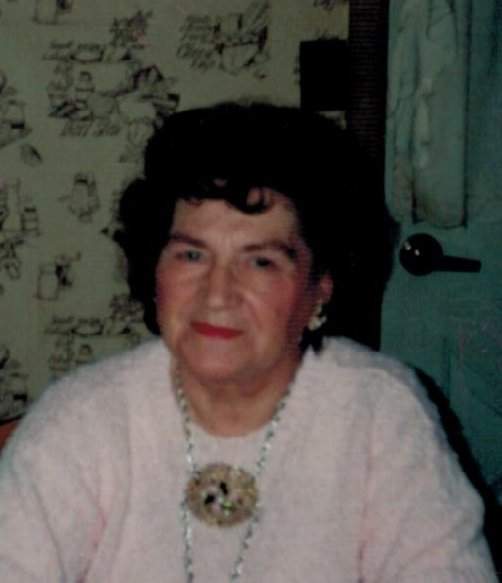 Josephine E. Morykon Josephine E. Morykon of Tunkhannock died on Saturday in the Golden Living Center in Tunkhannock. She was born in Edwardsville on May 26, 1921 daughter of the late Frank and Sophie Nemshick Drost. Prior to her retirement she was employed by Rowker Dress Company and Bocar Manufacturing, Bricks Market and the Wyoming County Senior Citizens Center in Tunkhannock. And was member of the Church of Nativity BVM in Tunkhannock. Preceding her in death was her husband Michael and a grandson Nikolas Morykon. Surviving is a son Michael of Lynchburg, Va.,Richard of Tunkhannock, daughters Lorraine Carey of Factoryville, Kathleen Shaw of Nicholson, brothers Joseph Drost of Tunkhannock, John Drost of Florida, sisters Clara Bondurich of Kenilworth, NJ, Irene Corby of Tunkhannock, 8 grandchildren and 11 great grandchildren. Funeral services will be held on Wednesday at 9:30 am from the Sheldon-Kukuchka Funeral Home Inc. 73 W. Tioga St. Tunkhannock with Mass of Christian Burial at 10 am from the Church of The Nativity B.V.M. in Tunkhannock. Interment will be in Pieta Cemetery, Tunkhannock. Friends may call at the funeral home on Tuesday evening from 6 to 8. On line condolences may be sent to the family at www.sheldonkukuchkafunearlhom.com.
To order memorial trees or send flowers to the family in memory of Josephine E. Morykon, please visit our flower store.