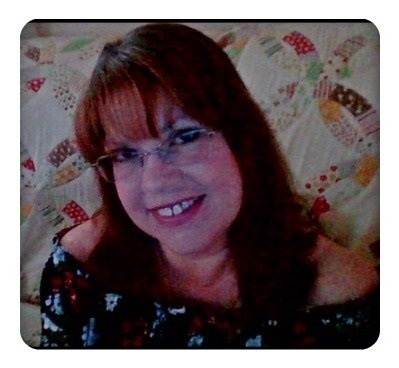 Kellie Jo Bluhm passed away peacefully in her sleep at her home in Old Forge, PA on Monday, July 16 from complications of her long term battle with diabetes.  She was 48 years old.  After many years of struggling to manage her physical and mental health, she is finally at peace.

Born on August 9, 1969, Kellie is the daughter of the late Gary and Beth Bluhm of Tunkhannock, PA.  She was a 1987 graduate of Tunkhannock Area High School where she was very active in the drama club and Select Chorus.  During her high school years, Kellie often had a lead role in plays.  Her most notable role was Miss Hannigan in the production of “Annie”.  She also won awards for her singing voice.  She had a voice like an angel and she loved singing and would often break into song without warning.  Every Christmas she would bring her family to tears with her rendition of “O Holy Night”.

After high school, Kellie worked for many years at Lordsmount Residential and was much loved by the girls and fellow staff members.  Most recently, she worked for Step-By-Step as a community support specialist.  Even though she struggled with her personal demons, she was known for her beautiful smile and laugh.  She could make others smile and laugh as well.

Surviving are her daughter, Justine and her son-in-law Frank McHenry of Nicholson, a son, Mark Ambrose of Honesdale, a brother Michael and sister-in-law, Heather Bluhm of Lake Winola, grandmother, Mary Bluhm of Tunkhannock, grandchildren, Aubrey and Frankie McHenry, as well as many aunts, uncles, nephews and cousins.

Preceding her in death were her grandfather, Erving Bluhm, grandparents, Agnes and Frank “Fritz” Ambrutis, and Uncles, Frank Ambrutis, Jr and Mark Ambrutis.

A private memorial service will be held at a later date.  In lieu of flowers, the family requests donations be made to the American Diabetes Association or a charity of your choice.

To order memorial trees or send flowers to the family in memory of Kellie J. Bluhm, please visit our flower store.