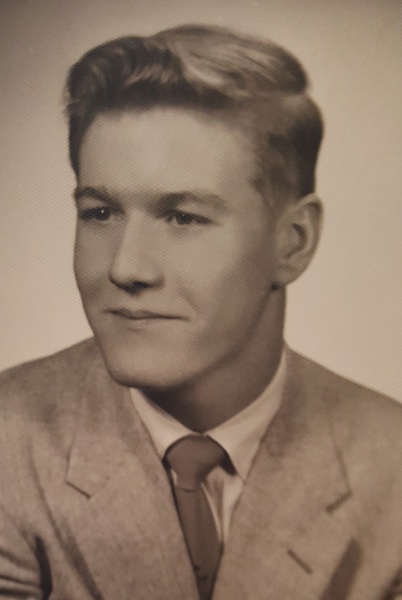 Kenneth Gabriel, 81, of Tunkhannock died on March 30, 2019 at Tyler Memorial Hospital, Tunkhannock. He was preceded in death by his wife Donna Watkins Gabriel on July 29, 2001.

Born in Scranton on October 30, 1937 he was the son of the late Clarence and Marion LeBoutillier Gabriel.

Ken proudly served his country as Military Police in the Army. When he retired as a delivery driver for Great Northern Distributors, he then took up selling found treasures, at local flea markets. Ken enjoyed his later years by sitting on the front porch and listening to Polka Music. He enjoyed the simple things and was a purely charismatic person who could become a friend to anyone. He was a genuine family man, who was happiest when he was able to see his grandchildren, and great grandchild. We know that he is at peace now, and is finally back with his Donna.

In addition to his wife, Ken was preceded in death by his brother; Clarence Gabriel and sister, Elizabeth Palermo.

Family and friends are invited to attend Ken’s funeral service which will be held on Friday April 5, 2019 at 10:00 a.m. from the Sheldon-Kukuchka Funeral Home, Inc. 73 W. Tioga St. Tunkhannock, PA 18657 with Pastor Rick Womer presiding. Interment will follow in Greenwood Cemetery, Shultzville. A viewing will be held on Thursday from 5-7 p.m. at the funeral home.

In lieu of flowers memorial contributions can be made to the donor’s choice in Ken’s name.

To order memorial trees or send flowers to the family in memory of Kenneth Gabriel, please visit our flower store.