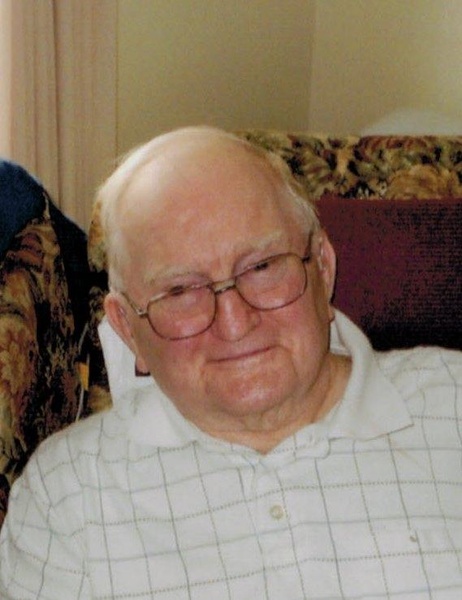 Kenneth B. Squier 83, of Sugar Run died Monday, July 25th at the Williamsport Home. He is preceded in death by his wife of 48 years Eloise Sick Squier. He was born on October 14, 1932 in Russell Hill son of the late Walter and Martha Furman Squier. Kenneth is a Veteran of the United States Army he was based in Germany during the Korean War, after his honorable discharge he worked on his family dairy farm for many years. He was a member of the Mehoopany Baptist Church and loved spending time with his family especially his grandchildren that always put a smile on his face. He was preceded in death by his infant son Mark Christopher, Brother Arthur Squier and brother in law Elwood Sick. He is survived by his son Ron Squier, of Millerton, Pa, daughters Jane and husband Steve Sweeley, of Williamsport, PA, Pat and husband Scott Spencer, of Cottontown, TN, and sister Clara and husband Jerry Mattocks, of Tunkhannock, brother and sister in law Harvey and Dianne Sick, grandchildren Micah, Lance, and Jared Sweeley, Bethany McLaughlin, Brooke Spencer, Bryn Walton, seven great grandchildren, nieces, and nephews. Funeral services will be held on Friday July 29th at 11:00 AM from the Mehoopany Baptist Church with Pastor Joe Billingsley. Interment with a Veteran’s service will be held in Vaugh Cemetery, Mehoopany. A gathering of friends and family will be held at the church from 10:00 AM until the time of the service. Memorial contributions can be made to the Mehoopany Baptist Church 4301 SR 87 Mehoopany, PA 18629, Funeral arrangements by Sheldon-Kukuchka Funeral Home, Inc. 73 West Tioga Street Tunkhannock, PA. For directions or on line condolences please visit www.sheldonkukuchkafuneralhome.com.
To order memorial trees or send flowers to the family in memory of Kenneth B. Squier, please visit our flower store.