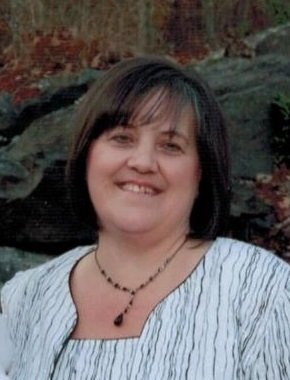 Laurie A. Parry Laurie A. Parry of Tunkhannock died Friday in the Hospice of the Scared Heart in Dunmore. She was the daughter of Raymond Thomas of Tunkhannock and the late Esther Kudalsky Thomas. Laurie was a 1981 graduate of Tunkhannock High School and the Chamberlin School of Retailing in Boston. She was involved in the family operation of Kapmeyer Trucking in Tunkhannock. Surviving is her husband of 29 years Robert “Rob” Parry, sons Robert of Tunkhannock, Thomas at home, daughter and son in law Amanda and Jeremiah Case of Tunkhannock, sister Bonnie and Jack McSherry of Conestoga, Pa. grandchildren Parker and Nolan Case. A memorial service will be held on Tuesday at 11 am from the Tunkhannock United Methodist Church with Pastor Jon J. Buxton. Interment will be in Sunnyside Cemetery. Friends may call on Monday evening at the Sheldon-Kukuchka Funeral Home Inc., 73 W. Tioga St. Tunkhannock on Monday evening from 6 to 8. Those wishing may make memorial contributions to the Tunkhannock United Methodist Church, Church and Warren St., Tunkhannock, Pa. 18657. On line condolences may be sent to the family at www.sheldonkukuchkafunralhome.com.
To order memorial trees or send flowers to the family in memory of Laurie Parry, please visit our flower store.