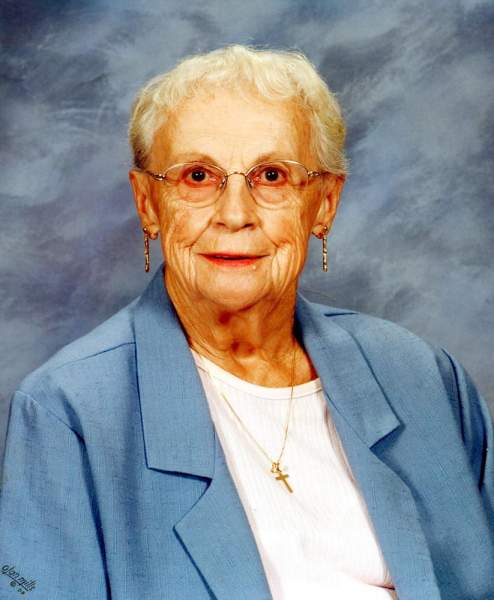 Leila LaBar Staley Rice, born Jan. 7, 1924, died on February 20 2017 at the age of 93. She was born in Lafayette, N.J., daughter of Sutton LaBar and Josephine Staley. She was a resident of the Golden Living Center, Tunkhannock at the time of her death. She enjoyed reading and befriending fellow residents at the Golden Living and Tunkhannock Manor where she previously resided. Because her mother died when Leila was three months old, she was adopted by her maternal grandparents Ruth and Joseph Staley. Leila attended schools in Sussex County, New Jersey and was employed by The Branchville N.J. Insurance Agency. In 1943 she married James Rice of Rome Pa who predeceased her in 2001. In 1950 they purchased a dairy farm on Prospect Hill, west of Tunkhannock which is still in the Rice Family. Together they increased the productivity of the farm using modern farming techniques while raising their family. In 1956 the family moved to Washington's Crossing N.J. Leila was active as a 4-H Leader and work closely with her husband, the 4-H agent at Stokes 4-H Camp. For many years she was involved in the Titusville N.J. Methodist Church as president of the Woman's Society. At the Tunkhannock Methodist Church, she was active in the annual Christmas Bazaar. Upon returning to the family farm after retirement, Leila and Jim began hosting a yearly Conservation Field Day for local middle schools in cooperation with The Wyoming County Conservation District. Leila spent many winters in Naples and Fort Myers Fl. enjoying the warm weather, biking, and swimming. Returning to Tunkhannock, she loved her flower gardens in the summer and they also grew and sold Christmas Trees. In their retirement they traveled extensively in the USA and Europe. She did research on the genealogies of the LaBar and Rice Families. Leila is survived by her four children: James Rice Jr. (Robbie-Jean) of Walton N.Y., Jane Volker (Harry) of Tunkhannock, Linda Pearce (James) of Freehold, N.J., and William L. Rice (Susan) of Tunkhannock, eight grandchildren, and 9 great-grandchildren. A celebration of Leila's life will be held at the Tunkhannock United Methodist Church on April 1, 2017 at 11AM. Funeral services are entrusted into the Sheldon-Kukuchka Funeral Home Inc. In lieu of flowers, donations may be sent to the Wyoming County Conservation District, 21 Hollowcrest Complex, Tunkhannock PA 18657 designated for the James and Leila Rice Conservation Field Days. For online condolences please visit www.sheldonkukuchkafuneralhome.com
To order memorial trees or send flowers to the family in memory of Leila Rice, please visit our flower store.