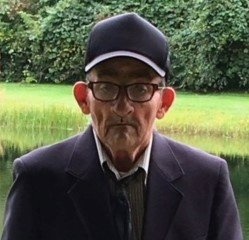 Levi C. Underhill of Nicholson died Friday evening in the Gardens in Tunkhannock.

He was born in Springville on March 11, 1940, son of the late Levi C. and Helen Ellis Underhill. He worked as a laborer at several local businesses, recently working on his sister Evelyn Polovitch’s farm in Nicholson.

Funeral services will be held on Monday at noon from the Sheldon-Kukuchka Funeral Home, 73 W. Tioga St., Tunkhannock, by the Rev. James Barber, pastor. Interment will be in Sunnyside Cemetery, Tunkhannock.

Visitation will be from 11 a.m. until the time of services.

To order memorial trees or send flowers to the family in memory of Levi C. Underhill, please visit our flower store.