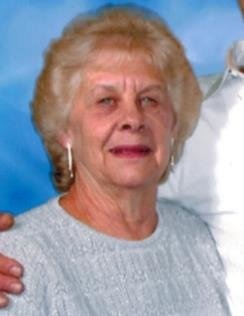 Lola M. Vogrin Lola M. Vogrin of Tunkhannock died at her home on Wednesday August 12th. She was born in Wilkes-Barre on June 28, 1941 daughter of the late Leland and Verna Brunges Gay. She was a graduate of Tunkhannock High School class of 1959 and for over 26 years she was employed in the garment industry in Wyoming County having worked for Rowker Dress Co. and Bocar Manufacturing in Tunkhannock. Preceding her in death was a brother Calvin Gay and sister Janet Brown. Surviving is her husband of 54 years Donald Vogrin, sons Jeff and companion Angelia Hillard, Doug and companion Allison Bass of Tunkhannock, daughter Linda and husband Wayne Hussong of Jenningsville, twin sister Lois Wright of Virginia; grandchildren, Brandon and Hannah and Shelby Hussong, Lindsey and John Mandziara, Kristen Vogrin and great grandson Wesley Hussong. She will be greatly missed by her family and friends At Lola’s request there will be no services. Interment will be in Perrins Marsh Cemetery, Centermorland at the convenience of the family. On line condolences may be sent to the family at www.sheldonkukuchkafuneralhome.com.
To order memorial trees or send flowers to the family in memory of Lola M. Vogrin, please visit our flower store.