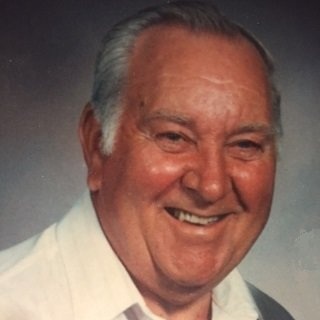 Life Legacy On May 18, 2016, the Cleveland family lost their Patriarch, Louis Arjay Cleveland, who passed away peacefully at his home surrounded by his family. Born on May 2, 1928 to the late Vernice and Maurice Cleveland, Lou lived a life of hard work and dedication. He put his heart and soul into everything he did, including his early career as a pipe fitter, his later career as a carpenter, and raising a family. Despite several failed attempts at getting her to go out on a date with him, Lou married the love of his life, Ida Mae Monk on July 9, 1949, and they had 6 beautiful children. The love Lou had for each and every one of his family members was unwavering and unconditional until the very end. During his last remaining days as he was surrounded by his loved ones and reflecting upon his life, he proclaimed to his family that it had been a “good ride.” Anyone who was on the journey of life with Lou would certainly agree. Lou accomplished many things in his life time, but his greatest achievement was building the house that he lived in. When he wasn’t lending a helping hand, you could find Lou in his woodshop creating unique pieces of furniture. Lou also loved to travel to places with Ida, with one of their favorite destinations being Sandy Pond in Lake Ontario where he enjoyed Salmon fishing. Lou was a member of the Tunkhannock Moose Lodge #1276, Franklin Lodge #263 F & AM in Laceyville, Pipe Fitters local union # 524, and he was a 50 year member of the Masonic Fraternity. He was preceded in death by his sisters, Daurice Holly and Phyllis Jordan Moss. In addition to his wife, Lou is survived by his children: Maureen Slavinski and husband Frank of Ebensburg, PA; Cheryl Stewart and husband Woody of Coatsville, PA; Louann Stonier and husband Steve of Tunkhannock, PA; Nancy Myers and husband Roger of Hop Bottom, PA; Barry Cleveland and wife Lynelle of South Auburn, PA; and Kevin Cleveland and wife Wendy of Newton Ransom, PA. He is also survived by 11 grandchildren, 12 great grandchildren, 2 great great grandchildren, and several nieces and nephews. He was known to all of his grandchildren as Poppa Louie. Funeral services will be held on Saturday at 11 am from the Sheldon-Kukuchka Funeral Home Inc., 73 W. Tioga St., Tunkhannock by Youth Minister Scott Cleveland, grandson of Louis. Visitation will be Friday evening from 7 to 9. A Masonic Service will be held Friday evening at 8:30 pm by the Franklin Lodge #263 F & AM assisted by the Nicholson Lodge Interment will be in Sunnyside Cemetery, Tunkhannock. In lieu of flowers, memorial contributions can be made to the American Cancer Society, 712 Keyser Avenue, Taylor, PA 18657 c/o Relay for Life of Wyoming County or Einstein Medical Center Montgomery Cancer Fund, 559 Germantown Pike, East Norriton, PA 19403. On line condolences may be sent to the family at sheldonkukuchkafuneralhome.com.
To order memorial trees or send flowers to the family in memory of Louis A. Cleveland, please visit our flower store.