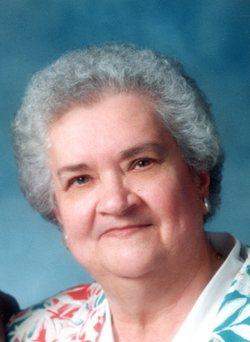 Margaret Mihoch of Tunkhannock died Monday, September 16th at Golden Living Center in Tunkhannock. She was born in Wilkes-Barre on July 31, 1921 daughter of the late Andrew and Mary Tomko Partilla. Margaret was a 1939 graduate of G.A.R. High School and a member of St. Paul’s Lutheran Church in Tunkhannock. She was a loving mother and grandmother a spent countless hours working cross word puzzles. She was preceded in death brothers Stephen, Andrew, George and John Partilla, sisters Mary Wyda, Anna Handzo. Surviving is a son Jon Mihoch and companion Patrick Murphy of Zanesville, Ohio, daughters Debbie Lewis and Becky and husband Kevin Durland all of Tunkhannock, sister Helen Partilla of Wilkes-Barre, grandchildren Crystal Posten of Tunkhannock, Mark Durland of Naples Fla., Jennifer Durland of Tunkhannock, Stacy Stevenson of New Port Richey, Fla. great grandchildren, Nicholas Posten of Tunkhannock, Alexandra, Corey and Jeffrey Armstrong of Tunkhannock, Jordan, Ashlie and Hailey Stevenson of Florida, and 4 great great grandchildren.. Funeral services will be held on Saturday at 11 am from St. Paul’s Lutheran Church in Tunkhannock with the Rev. Murray Brindle. Interment will be in Sunnyside Cemetery Tunkhannock. Friends may call at the church from 10 am until the time of service. In lieu of flowers memorial contributions may be made to St. Paul’s Lutheran Church, 5672 SR 6 West, Tunkhannock, Pa. 18657. Arrangement by, the Sheldon-Kukuchka Funeral Home Inc. 73 W. Tioga St., Tunkhannock. On line condolences may be sent to the family at www.sheldonkukuchkafuneralhome.com .
To order memorial trees or send flowers to the family in memory of Margaret Mihoch, please visit our flower store.