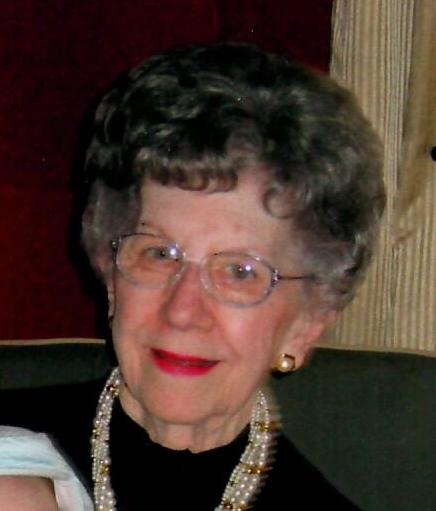 Marilyn Leh Gruver “Mollie” 90, of Tunkhannock, PA, died Monday April 29th. She was preceded in death by her husband Robert C. “Bob” Gruver, whom she was married to for 54 years.

She was born on October 22, 1928 daughter of the late Paul and Florence Beidelman Leh, in Easton, Pennsylvania and later spent many years living on the farm in New Village, New Jersey, and later settled in Tunkhannock.

Mollie was a 1946 graduate of the Easton High School, she was a member of Delaware Chapter #50, Eastern Star in Phillipsburg, NJ since 1949, and a member of the Russell Hill United Methodist Church.

She was an essential part of Gruver Farms, R.C. Gruver Trucking Company, and partner in B & R Distributors, Inc., for decades prior to retirement. She enjoyed feeding anyone who sat down at her table, showed her grandchildren how to make many treats like her homemade fudge, loved polka, travel, history, and always a good political argument.

She was preceded in death by her son-in-law Richard Sprowl, Brother Daniel Leh, Sisters Mildred Schubert and Dorothy Nicholas.

Family and friends are invited to attend Mollie’s funeral service which will be held Friday, May 3rd at 11:00 AM from the Sheldon-Kukuchka Funeral Home, Inc. 73 West Tioga St. Tunkhannock, PA 18657 with Pastor Scott Ryan of the Russell Hill United Methodist Church presiding. Interment will follow in Sunnyside Cemetery, Tunkhannock. A Viewing will be held on Thursday evening from 5:00- 7:00 PM at the funeral home with an Eastern Star service beginning at 5:00 PM.

To order memorial trees or send flowers to the family in memory of Marilyn Leh Gruver, please visit our flower store.