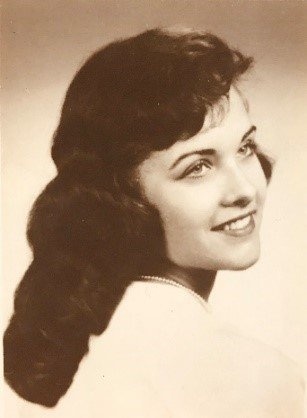 Martha Allen Azar passed away peacefully on March 20, 2018 at the Allied Hospice Center in Scranton.  She was 74 years old.  Daughter of the late Dorothy Rosenberry Allen and Charles T. Allen, she was born in Pittston, Pennsylvania on September 21, 1943.

Martha grew up in Moosic, PA and spent many of her young summers at the family cottage near Lake Sheridan - where she won many swimming competitions.  She and her sister Dotty, born on the same day as Martha but seven years earlier, grew up working in Allen’s Pharmacy, which was owned and operated by their parents.  An exceptional student, Martha was valedictorian of the last-ever class of Moosic High School in 1961.  Following in the footsteps of her father and older sister, she went on to graduate with a degree in pharmacy from the University of Pittsburgh – a rarity for women in the 1960s.  After college, Martha moved back to Northeastern Pennsylvania, got married, and worked as a pharmacist for over 40 years.  Her career began at the Dalton Pharmacy, and ended at Tyler Memorial Hospital in Tunkhannock, from where she retired in 2007.   During these years, she lovingly helped raise her two children Julie and Rodman, and along with their father proudly helped put both of them though college.

Some of Martha’s brightest moments came later in life.  Shortly after her 30-year high school reunion, she re-met by chance her high school sweetheart and classmate, the late Robert “Bobby” Ostroski, to whom she eventually became engaged.  Shortly after Bobby’s passing, began the arrivals of Martha’s six beloved grandchildren (Courtney, Sean, Eryn, Rodman, Adrian and Reese) which brought her great happiness.

Martha is survived by her daughter Julie Azar McMonagle and husband James of Shavertown; her son Rodman Charles Azar and wife Megan of Clarks Summit; her six beloved grandchildren; her sister Dorothy Allen Shaughnessy and husband Frank of Rockport, TX;  the father of her children Rodman Chase Azar of Black River NY, and many cousins, nieces, nephews, great-nieces, and great-nephews.

She was preceded in death by her sister Nancy, and her fiancé Robert Ostroski.

Martha’s family will receive her friends and family on Thursday, March 22nd from 5:00pm to 7:00pm at the Sheldon Kukuchka Funeral Home at 73 West Tioga Street in Tunkhannock, PA.  Martha will be buried in a private ceremony at the convenience of the family.  In lieu of flowers, memorial donations can be sent in Martha’s name to the Wyoming County Community Health Foundation, 5954 SR 6, Tunkhannock, PA 18657.

To order memorial trees or send flowers to the family in memory of Martha Allen Azar, please visit our flower store.