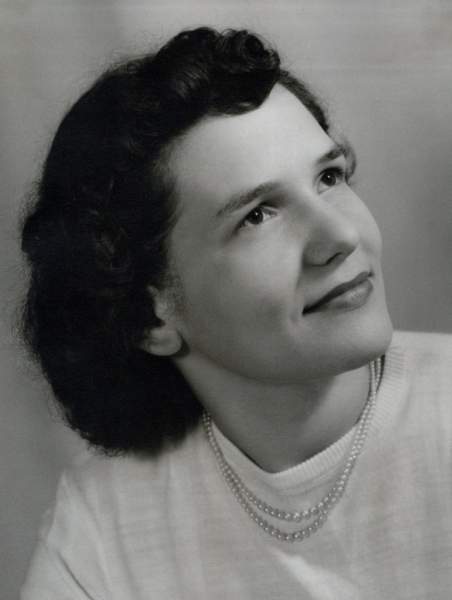 Mary Bolouski, 92, of Tunkhannock, passed away Sunday, May 9th, at home. Born in Lewistown, on June 29, 1928, she was the daughter of the late Elizabeth Scalzo Esposito. Mary was preceded in death by her husband Albert M. Bolouski. Mary attended Lewistown grade school and graduated from Lewistown high school. She met her husband Albert through mutual friends while working at the Royal Dairy in Lewistown PA. She began writing to Al while he was in the navy and after his discharge they kept in touch. They met again in New York while she was working at Bulova Watch Co. in Flushing NY. After they married, Al was called back into the Navy. Mary traveled with him and worked in many places including General Electric in New York and Rice’s Department Store in Norfolk VA, as well as many other jobs. Her proudest job was working as a waitress and manager at the Shadowbrook Restaurant. After Al was discharged the second time, they returned to Scranton, PA and eventually built their home themselves with the help of many friends. Mary loved to embroider tea towels and dresser scarfs and give them to people who touched her life. In addition to Albert, her husband of 59 years, Mary was preceded in death by her daughter Susan; sisters Sara Esposito Soccio and Rose Esposito Andrews, and their husbands, Carmellena Jane Straley; and a niece JoAnn Soccio. Mary is survived by nieces and nephews and great nieces and nephews. Family and friends are invited to attend Mary’s Mass of Christian Burial which will be held on Saturday, May 15 at 11 am from the Church of the Nativity BVM, 99 E. Tioga St., Tunkhannock, PA. A visitation will be held at the church from 10 am until the time of the service on Saturday. Arrangements and care entrusted to Sheldon-Kukuchka Funeral Home, Inc. 73 W. Tioga St. Tunkhannock, PA 18657. The family would like to thank Dr. Ben Kline who was the family doctor for many years and kept her healthy. As well as Dr Terry Chilson who cared for her later on. Memorial donations may be sent in Mary’s name to the Church of the Nativity BVM, 99 E. Tioga St. Tunkhannock, PA, or to a charity of their choice.
To order memorial trees or send flowers to the family in memory of Mary Bolouski, please visit our flower store.