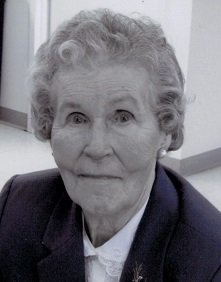 Mary C. (Jurista) Kuffa Mary Catherine Kuffa, 95, passed away on Tuesday, January 13, 2015 after a short stay at Golden Living Center in Tunkhannock, Pennsylvania. She was born April 1, 1919 in Laflin, PA, one of ten children of the late Edward and Mary Gajdica Jurista. Her early life was spent growing up on their dairy farm in Eatonville, and since she was the third oldest child, much of her time was devoted to working with her brothers doing farm chores. In 1938, she married Andrew R. Kuffa, and the couple was blessed with six children. Andrew passed away on September 9, 1997. Their children are: Christine and husband Bernard (Marty) Martin of Falls; Thomas and wife Sherry of Carlisle; Loretta and husband Bernard Kenia of Dalton; Andrew and wife Elaine of West Pittston; Charles and wife Carol of Lemon; and Richard and wife Denise of Lemon. Mary was a loving grandmother to Bernard Martin, Denise Martin Smith, DJ Martin, Brian Kuffa, Tom Kuffa, Kevin Kuffa, Cheryl Kenia Kolessar, Stephanie Kenia Kuback, Debbie Kenia-Hauser, Allison Kenia, Megan Kuffa, Steven Kuffa, Matthew Kuffa, Shane Kuffa, and Jesse Kuffa, and a great-grandmother to sixteen. In addition to her husband of 59 years, Mary was preceded in death by brothers Edward, Joseph, Michael, and Andrew, and sisters Antoinette Kristunas and Helen Sawicki Sharpe. Surviving brothers are George and John of Eatonville, and Thomas of Brackney. Mary devoted her life to her family. Cooking, baking, and feeding her loved ones was a task that she did with passion. Even in her last days on earth, she was still sharp as a tack and could recite almost any recipe off the top of her head. Mary’s generosity of spirit was clear to all who knew her, and she loved to share her food and recipes with any who desired them. When she found out that one of her priests had a craving for some dish in particular, Mary often delivered, and she did the same for many others, as well. Spending the holidays preparing and serving her trademark meals to her family and friends was one of her greatest joys in life. Andrew and Mary always had a large garden and an orchard where they grew an assortment of vegetables and fruit. For more than forty years, the Kuffa produce stand served a large clientele of neighbors and friends. This roadside stop got to be well known in the Lake Carey area, and Mary shared many of her cooking secrets and recipes with those who dropped by for produce and a chat. God and church were an integral part of Mary’s life. She was a member of the Nativity of the Blessed Virgin church in Tunkhannock and had a deep and abiding love of God and his plan for her. As such, many hours were spent between church and the hall. Funeral lunches, making pierogis for Easter or the county fair, or any other event, were things she truly loved to do. A a mass of Christian burial will be held on Friday January 16 at 10:00 AM at the Nativity of the Blessed Virgin Mary Church 99 E. Tioga St. Tunkhannock. Family and friends are requested to go directly to the church. Interment will be at Mount Carmel Cemetery, Tunkhannock. Friends may call at the Sheldon-Kukuchka Funeral Home, Inc. 73 West Tioga St Tunkhannock on Thursday from 4:00 PM to 7:00 PM. In lieu of flowers, donations may be sent to the Wyoming County American Red Cross Disaster Services Susquehanna and Wyoming Counties chapter at 18 Public Ave, Montrose, PA 18801, or Nativity of the Blessed Virgin Mary Church, 99 E. Tioga St., Tunkhannock, PA 18657. For directions and on line condolences please visit www.sheldonkukuchkafuneralhome.com.
To order memorial trees or send flowers to the family in memory of Mary C. Kuffa, please visit our flower store.