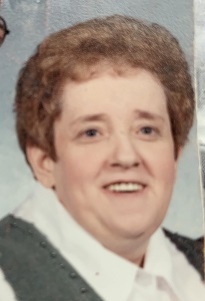 Mary E. Richards passed away peacefully surrounded by her family on June 19th, at Regional Hospital in Scranton, Pa.

Mary was born in Washington, D.C. on May 10, 1945. She was the daughter of the late James and Grace (Moss) Bronson. Mary attended school at Scranton Tech.

She spent time in her younger years in her family's restaurant. She could take a potluck dinner and turn it into a wonderful American gourmet meal. There was not a dish she could not master that would leave you wanting for more, especially her baked goods and her Christmas Eve Prime Rib. Mary was also known for her kindness and true generosity to others, especially to those who had less or simply having a hard time. She loved knitting her baby caps for maternity wards and donating them. Crafting was also one of her hidden secret gems. Painting, sewing, gluing, she loved it all. If there was a holiday to celebrate, she would always decorate for it leaving you always feeling warm and festive. A true soft spot Mary had was for animals, all animals. She loved their family dogs Randy and Sir Galahad, her fish tank, & her birds. She also enjoyed collecting her dolls, angel's, & her spoons.

Mary was married to the love of her life the late Robert W. Richards, who passed on March 6, 2004. They were for married 39 years at the time of his passing. They spent every day enjoying each other’s company. They loved traveling, going out to dinner, family, and Nascar. They truly cherished their children, grandchildren, nieces, & nephews.

The immediate family would truly like to thank Regional Hospital ER Department and the ICU team of nurses who took care of mom during this difficult time, especially during her passing. Not only did they give their endless energy and devotion to mom but also to us as well. We are eternally grateful for your dedicated compassion.

A viewing for family and friends will be held on Monday from 6-8pm at the Sheldon-Kukuchka Funeral Home, Inc. 73 W. Tioga St. Tunkhannock, PA 18657. Interment will be private in Sunnyside Cemetery.

To order memorial trees or send flowers to the family in memory of Mary E. Richards, please visit our flower store.