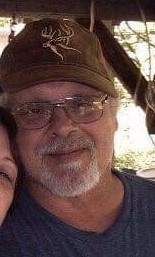 Michael T. Smith, 61, of Meshoppen died May 23, 2019 at Regional Hospital of Scranton. He is survived by his wife Penny Carey Smith.

Born in Meshoppen on August 25, 1957 he was the son of the late Thomas and Barbara McKinney Severcool.

Along with his parents he is also preceded in death by his daughter, Amy Edwards; brother, Kenneth Smith.

To order memorial trees or send flowers to the family in memory of Michael T. Smith, please visit our flower store.