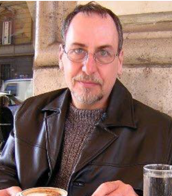 Michael E. Wysocke of Tunkhannock died at his home Monday September 4th, 2017. He was born in Waldwick, NJ on December 26, 1956 son of the late Edward and Olive Brown Wysocke.

Mike was a 1974 graduate of Tunkhannock High School and former owner of the Lake Carey Manor, and for several years served as chef for Irem Temple Country Club in Dallas. He currently served as the chef of the Tunkhannock Moose Lodge in Tunkhannock. He was the owner of Sassy Alberts Soaps in Tunkhannock.

Surviving is a sister and husband Patti and Ralph Coats of Mehoopany, nephew Frank Coats US Navy, of Groton, Conn., niece Heather Sorrentino, of NY, NY.

A Memorial Service will be held September 17th at 1 pm from the Tunkhannock Moose Lodge, 809 Hunter Highway, Tunkhannock, PA. On line condolence may be sent to the family at www.sheldonkukuchkafuneralhome.com.

To order memorial trees or send flowers to the family in memory of Michael E. Wysocke, please visit our flower store.