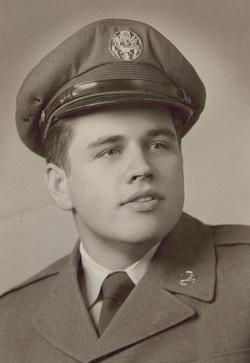 Orson A. "Budd" Hendershot of Harleysville, PA formerly of Springville died Saturday May 31, 2014 in Grandview Hospital Sellersville, PA. Budd was born in Kingston on January 12, 1930 son of the late Orson S. and Ann Kolis Hendershot. He was a graduate of Benjamin Franklin High School and an Air Force Veteran of the Korean War. Prior to his retirement he was employed as a steamfitter with Local #420, and was a member of the Church of the Nativity BVM in Tunkhannock. Budd was preceded in death by sisters Media Smith, Anne Bernotovich and Rosella Mackin. Surviving is his wife of 58 years, Dorothy Dobrosielski Hendershot, son and daughter-in-law Eric and Alison Hendershot and a grandson Sean Hendershot of Skippack, PA. A mass of Christian Burial was held on Wednesday June 4th at the Church of the Nativity BVM in Tunkhannock. Interment was in Pieta Cemetery, Tunkhannock. Those wishing may make memorial contributions to the Church of the Nativity BVM, 99 East Tioga St., Tunkhannock, PA 18657. Online condolences may be sent to the family at www.sheldonkukuchkafuneralhome.com. Wednesday June 4, 2014 at Church of the Nativity BVM Click for Map and Directions
To order memorial trees or send flowers to the family in memory of Orson A. Hendershot, please visit our flower store.