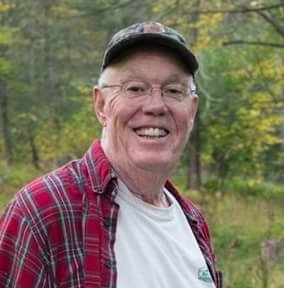 Owen Spencer Henning, 76, of Laceyville went to be with his lord after a battle with cancer on September 24, 2018. He is survived by his wife of 52 years Janice Meyer Henning.

Born in Kingston, PA on August 25, 1942 he was the son of the late Frank Owen and Naome Vastine Henning of Mehoopany.

Owen was a graduate of Tunkhannock Area High School and went on to pursue a mechanical engineering degree at Penn State University. He attended college on a NROTC Scholarship and served 5 years with the United States Navy Submarine Division.Following his military career Owen worked for Proctor and Gamble in Mehoopany for 32 years.

He was an active member of the Submarine Veterans Groups, Southern Tier, Vestal NY. Being an avid PSU Football fan he encourages all of his children and grandchildren to support the Nittany Lions.

He shared his love of the outdoors with his family from the fields of Mehoopany, the lakes in Canada, and the shores of Deleware and South Carolina. He was prolific in sharing his stories with all.

In addition to his wife he is survived by his children; Krista Lauren Dymond and husband Jeffery, Katherine Henning-Carpentier and husband Nikolaas, and Kevin James Henning and wife Michele Delpier Henning. Six grandchildren; Matthew and Jessica Dymond, Spencer and Alexander Carpentier, and Jacob and Lucas Henning.

In lieu of flowers memorial contributions can be made to, Wyoming County Cancer Society 8 Iron Wood St. Tunkhannock, PA 18657.

To order memorial trees or send flowers to the family in memory of Owen S. Henning, please visit our flower store.