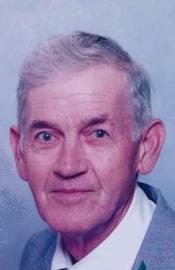 Paul C. Sickler of Tunkhannock died on Wednesday at the home of his daughter in Middleburgh, Pa. He was born on Corby Hill, Tunkhannock son of the late Chester and Flossie Corby Sickler. Paul had worked on the Shamokin Dam Power Plant, and as a logger and on his family farm. He retired from the Pennsylvania Department of Highway. Paul was a charter member of the Tunkhannock Pilgrim Holiness Church, served as a lay minister, taught the young adult Sunday school class and served on the church board as an advisory member. Paul was a member of the NRA, Trappers Association, and Republican National Committee. He was an avid hunter, trapper and fisherman. He spent hours reading and studying his bible and doing Bible word searches and puzzles. Paul was preceded in death by a sister Myrtle Wyda. Surviving is his wife of 63 years Velma Payne Sickler, son and daughter in law Rev. Paul J. Sickler and Beverly of Milmont, Pa. daughter and son in law Bonita L. and Paul Musser of Middleburg, Pa., foster son Robert Sims of Philadelphia, Pa. grandchildren Lisa Sickler Burns and husband Richy of Mobile, Al., Gail A. Musser, of Marion, Ind., Kristy J. Musser Lewis and husband Douglas of Marion, Ind., great grandchildren Miranda Burns, Payton and Jonathan Lewis. Brothers Harold Sickler of Meshoppen, James Sickler of Centermoreland, Robert Sickler of Tunkhannock, sisters Dorothy Shupp and Sara Greenly of Tunkhannock and the Burger King Friends coffee group and numerous nieces and nephews. Funeral services will be held on Saturday at 11 am from the Tunkhannock Pilgrim Holiness church with Pastor Joel Byer of the Tunkhannock Pilgrim Holiness church. Interment will be in South Eaton Cemetery. Friends may call at the Sheldon-Kukuchka Funeral Home Inc., 73 W. Tioga St. Tunkhannock on Friday evening from 6 to 9. And on Saturday at the church from 10 am until the time of service. Those wishing may make memorial contributions to the Pilgrim Holiness Church, 102 West St., Tunkhannock, Pa. 18657. On line condolences may be sent to www.sheldonkukuchkafuneralhome.com.
To order memorial trees or send flowers to the family in memory of Paul Clarence Sickler, please visit our flower store.