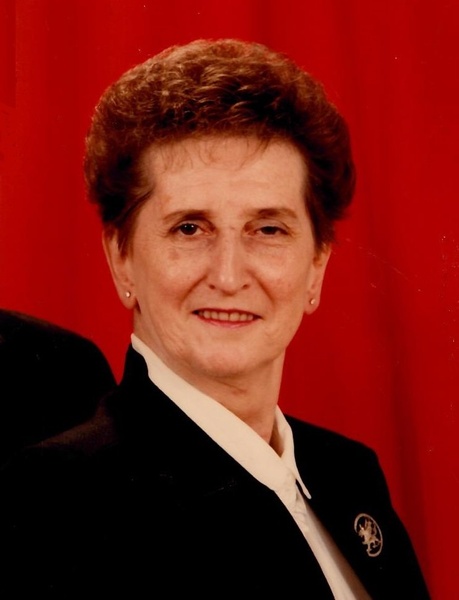 Rachel D. Kishbach passed away peacefully in her sleep at The Gardens in Wilkes Barre, Pa. on Monday, July 30th.

Born on November 27, 1927, “Rae” as she was known to family and friends, was born to Welsh immigrants George and Sarah D. Davis from Cardiff, Wales. The family settled in Wilkes Barre, Pa. raising Rae and her two sisters.

She graduated from E.L. Meyers High School of Wilkes Barre, Pa. in 1945. She continued her education at WB Business School. From there Rae married her high school sweetheart since ninth grade, the late Alfred J. Kishbach.  They were married on May 28, 1947 at the Welsh Baptist Church in Wilkes Barre. Rae would work for Keystone Coca Cola Company starting in 1945. In 1952 she became a stay at home wife and mother upon the birth of her first child.

In 1963 she returned to work and was employed by O’Boyle’s Insurance Company and then Sliker’s Dealership in Wilkes Barre, Pa. 1971 brought many changes to Rae and her husband Al as they would go on to build their permanent home on their summer property in Tunkhannock, Pa. along the Susquehanna River. In 1973 she started working for Luzerne-Wyoming County Mental Health Center, went on to be known as Community Counseling Services. She remained with CCS until her retirement in 1992. She greatly missed her many co-workers and clients that she became true and dear to her.

Rae enjoyed spending time with her family and friends. She and Al were known for their summer barbeques and clam bakes with their family.  She and Al enjoyed spending time in Florida, Canada, and traveling together all over. She also enjoyed many shopping trips with her daughter and taking trips together. She loved the company of their family dogs “Lady and Dukie Dog”.

Per Rae’s request there will be no calling hours. A private graveside service will be held for the family.  Arrangements entrusted to Sheldon-Kukuchka Funeral Home, 73 W. Tioga St. Tunkhannock, PA.  Online condolences may be sent to the family at www.sheldonkukuchkafuneralhome.com.

To order memorial trees or send flowers to the family in memory of Rachel D. Kishbach, please visit our flower store.