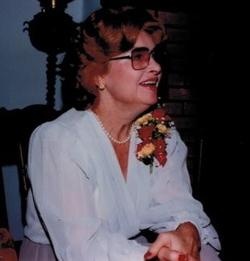 Ramona E. Urbanis Ramona E. Urbanis of Tunkhannock died Monday in the Celtic Hospice Unit of Geisinger South in Wilkes-Barre. She was born in Ashland, KY on December 18, 1937 daughter of the late Albert and Shirley Woods Burke. Prior to her retirement she was employed by the Procter and Gamble Plant in Mehoopany. She and her late husband George J. Urbanis were the owners of Johnny’s by George in Tunkhannock. She was preceded in death by daughters Danielle Jerman, Pamela Yarasavage and step daughter Carol Judson. Surviving is a son Thomas and Sandy Hill, daughters Denise and David Lohmann, Ramona “Liz” Tyler and Colleen and Tim Frantz all of Tunkhannock, sisters Bessie and Ernest Phelps, Lynchburg, Va., Dottie Doss, Wartland, Ky., brothers Ray and Mary Burks, Albert and Cora Burks, James Burks, Andrew Burks, Ernie Burks, Larry Burks,all of Kentucky, 20 grandchildren, 16 great grandchildren, 2 great great grandchildren. Funeral Services will be held on Thursday at 11 am from the Sheldon-Kukuchka Funeral Home Inc., 73 W. Tioga St., Tunkhannock with Pastor Jon J. Buxton of the Tunkhannock United Methodist Church. Interment will be in Sunnyside Cemetery, Tunkhannock. Friends may call at the funeral home on Wednesday evening from 6 to 8. On line condolences may be sent to the family at www.sheldonkukuchkafuneralhome.com.
To order memorial trees or send flowers to the family in memory of Ramona E. Urbanis, please visit our flower store.