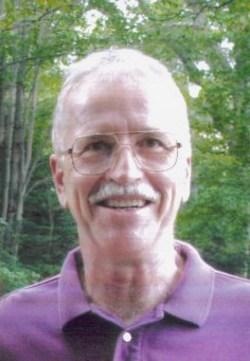 Ray Edward Burd Ray Edward Burd, 63, of Harvey’s Lake passed away January 1, 2014. Born on November 30, 1950 he was the son of the Helen M Richmond Burd of Bellfonte and the late Ray Edward Burd Sr. He was a 1968 graduate of Bald Eagle High School, Milesburg and graduated from State University of New York and received his graduate degree in Communications from Shippensburg University. Ray was employed by the University of Scranton for 24 years as the Manager of Printing and Mailing Services. He valued his relationships with his colleagues, and served the University with pride. Ray was previously employed by King’s College and Shippensburg University. He served in the United States Air Force from 1971 through 1975, including a tour of duty in Panama. Ray was a genuine man and devoted son, brother, loyal friend, beloved husband and father, and grandfather-extraordinaire. He is loved dearly by his five young grandchildren, and the void he leaves his family is without measure. Ray was an avid outdoorsman with respect for nature and a zest for pursuing new adventures. He taught his children and grandchildren the importance of respect, honesty and integrity, as well as the value of a well-timed knock-knock joke. He rarely swore, never drank alcohol, and never met a venison burger he didn’t like. Ray’s interests were wide and varied, and included history, fishing, hunting, farming and tractors. He prospected for gold in Alaska, enjoying every rugged minute. In his usual methodical way, he trained and ran in more than one half-marathon. He recently added “Potato Farmer” to the list of his skills and talents, harvesting over a thousand pounds this summer, surrounded by his family and fields of sunflowers. He had a remarkable memory for events and facts, and was always sharing his knowledge with those around him, to our general admiration, occasional exasperation and often laughter. He once said he believed he was born to be a Grandpa, and he served that role to the fullest through endless tractor rides on his hay-filled, hand-made wagon, marshmallow and hotdog roasts, backyard football games played ‘til dusk, followed by laughter-filled games of cards which lasted late into the evening. He was far more than the quintessential Grandpa, full of wisdom, jokes and horseplay, the latter always producing an uproar of giggles from those five smiling faces. We apologize if grammatical errors are contained in this passage; we relied on our Dad as our loyal and proficient proof-reader. Ray is survived by his wife of 41 years and high school sweetheart, Linda. In recent years, the couple built a home in Harvey’s Lake, a project completed almost entirely by Ray’s own two hands. He is also survived by his son, Brian and his wife Kathy, their two children, Stephen and Sarah, his daughter, Karen and husband Devin and their three children, Gabriel, Lia, and Lucas; a sister Susan and husband Donald Snyder of Julian and brother James of Harrisburg as well as several nieces and nephews. A burial service will take place Sunday, January 5th at 1:30pm at the Dean K. Wetzler Funeral Home, 201 Spring Street, Milesburg, PA with internment to follow at Advent Cemetery, Moose Run Road, in Milesburg. The family will receive friends at St. Therese’s Catholic Church, 64 Davis Street, Shavertown, PA on Saturday, January 4th at 9am, with a mass to follow at 10am. Arrangements by the Sheldon-Kukuchka Funeral Home, 73 W. Tioga St. Tunkhannock, PA. In lieu of flowers, please make contributions to the University of Scranton Veterans’ Club, of which Ray served as a founding member. Send donations in care of The Honesdale National Bank, 733 Main St. Honesdale, PA 18531. Online condolences may be sent to the family by visiting www.sheldonkukuchkafuneralhome.com.
To order memorial trees or send flowers to the family in memory of Ray Edward Burd, please visit our flower store.