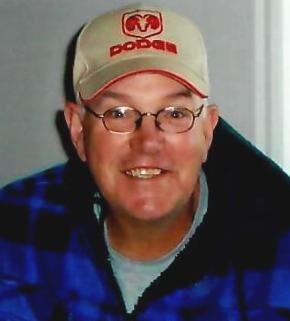 Richard “Dick” Sands, 64, of Tunkhannock died on August 23 at Geisinger Wyoming Valley Hospital after open heart surgery. He was preceded in death by his wife of 13 years Karen A. Jacobsen Sands on January 23, 2018.

He was born on January 7, 1954 at Tyler Hospital, Meshoppen, son of the late Harold W. Sands and Elizabeth M. White Sands.

After 7 months apart, two hearts are beating as one again. Dick and Karen are back together.

He was a member of the class of 1972 of Tunkhannock Area School. His first job was at Willdn Farm for Don Williams then he worked for over 40 years at VanDuzer’s Service Station. Upon retirement, he mowed lawns for friends and family, jockeyed cars and accompanied his brother, Butch, on bull runs.

He loved Nascar, transporting cars, bull trips, fast cars, his beer (whichever was his favorite at the time), telling tall tales to see how gullible you are and making everyone he talked to smile. He lived life to its fullest, no matter what his health was. True to his nature, he was young at heart as much as his great nieces and nephews that he adored. The only thing that kept him straight was when Karen would say RICHARD!! in that certain tone.

He was preceded in death by his brother Ken A. “Tiny” Sands who passed away on August 6, 2018.

Upon Dick’s request, there will be no formal services. A gathering of family and friends will take place on Sunday, August 26th from 5:00 to 7:00 PM at the Tunkhannock Moose Lodge, Tunkhannock. Arrangements and care entrusted to the Sheldon-Kukuchka Funeral Home, Inc. 73 West Tioga St. Tunkhannock, PA 18657. Please visit the funeral home website to share a memory or extend condolences.

In lieu of flowers, memorial contributions may be made to the Tunkhannock Lions Club, PO Box 523, Tunkhannock, PA 18657.

To order memorial trees or send flowers to the family in memory of Richard D. Sands, please visit our flower store.