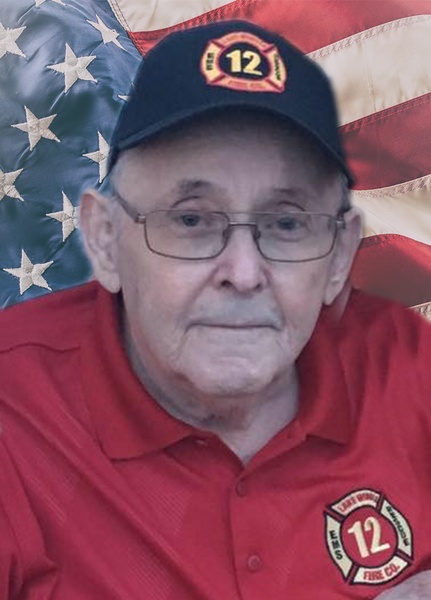 Richard “Butch” Wilbur of Falls died peacefully on December 26, 2018 after an illness.  Born February 17, 1934 in Scranton, he served in the U.S. Air Force with a specialty in crash rescue during the Korean conflict and was honorably discharged.  He then returned to Falls where he lived his whole life.  Butch worked for East Falls Sand and Gravel as a heavy equipment operator for 20 years before beginning his second career as a warehouse technician at Procter & Gamble from where he retired 25 years ago.

He and his wife the former Connie Golenski would have celebrated their 66th wedding anniversary on January 3.  He is also survived by sons Richard of Falls, David and wife Laurie of Northmoreland, daughter in law Ellen of Falls, grandchildren Erica and significant other Bob Drost of Lake Winola, Jeffrey and significant other Emma Gambino of Denver Colorado, Zachary and wife Cheyenne and great grandson Colton of Falls, Alyson and fiancé Brian Beauchemin of Northmoreland.

Butch was best known for his involvement in the community that began as a junior firefighter with the Lake Winola Fire Company at the age of 14.  After returning from the Air Force he became a member of the Falls Fire Company and was Chief for many years before Falls and Lake Winola fire companies merged.  After the merger, he stayed active in the company and was one of the primary drivers and a first responder until finally retiring at the age of 75.  During all those years, he was always among the top responders year after year and was made a life member of the company.  For many years he was a Red Cross CPR instructor teaching hundreds of first responders.  After he finally gave up his responsibilities to the fire company due to health reasons, his call sign Driver 12-18 was permanently retired.

He was an avid Boston Red Sox fan who rarely missed watching any of their games on TV and was a Dallas Cowboys fan since their inception in 1960.  He was always the first to respond to help anyone in the community, but his greatest joy was celebrating in the successes of his children and grandchildren.

Family and friends are invited to attend Butch’s funeral service which will be held on Monday December 31, 2018 at 11A.M. from the Sheldon-Kukuchka Funeral Home, Inc. 73. W. Tioga St. Tunkhannock, PA 18657 to be celebrated by Pastor Nicholas McMichael with full military honors provided by Dennis Strong Post 457 and Black Walnut Post 510. Interment will follow in Mountain View Burial Park, Harding. A viewing for friends will be held on Sunday from 4-7 P.M. at the funeral home.

In lieu of flowers memorial contributions can made in Butch’s name to the Lake Winola Fire Company, P.O. Box 73 Lake Winola, PA 18625

To order memorial trees or send flowers to the family in memory of Richard D. Wilbur, please visit our flower store.