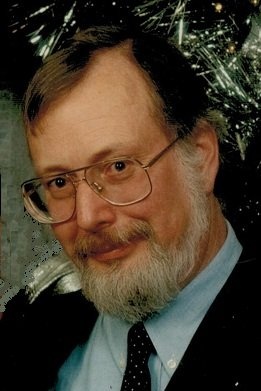 Robert Benning Gorham’s Final Post Time was on Saturday morning December 16, 2017.  He was married to the late Louise Ann “Louann” Clark, Mill City, PA, for 49 years prior to her death in 2015.

A resident of Mill City, PA for the past 49 years, his friends all called him Bob or Bobby.  Born January 12, 1940 in Brooklyn, NY he was the youngest son of the late Victor and Ann Gorham.  Robert grew up in Brooklyn, New York, when Brooklyn still was a neighborhood...to Bob that meant hand-ball, the Brooklyn Dodgers, and jazz clubs.  His summers were spent in Wiscasset, Maine, a lifetime association he had with home and family.

Music was an integral part of his life from the beginning.   A student and member of the Saint Thomas Choir School, the choir performed on national radio syndication most Sundays and holidays.  Upon graduation from Saint Thomas Choir School, he then attended the Westtown School and graduated from Adelphi Academy, Brooklyn, NY.  Jazz was a lifelong passion.  While in high school, he was a union card musician for the vibes and he played with a few notable jazz musicians at the Village Vanguard and several “hole-in-the-wall” gigs in San Francisco.  To his experience at Westtown, he proudly said they ‘weren’t ready for him yet’; to his experience at Adelphi, he was particularly fond of his time with his friends on the soccer field and in the hockey rink.  Bob received several offers to play at the collegiate level for his athletic pursuits.  He reminisced about being the only kid on the New York ‘all city prep soccer team’ who spoke English as his native language.

Bob eventually entered the US Marine Corps where his language skills and the gift of gab got him accepted into the Foreign Language Institute in Monterey, California.  He served the remainder of his 6 years in the military putting his Russian language skills to work interpreting for military dignitaries and diplomats.  While serving his country, he fell in love with Louann saying ’one look at those dark brown eyes and I was hooked’.

After the military, Bob and Louann moved to Mill City, PA with Bob deciding to continue his studies at the University of Scranton, where he obtained a business degree and a minor in philosophy.  To anyone that would listen, he was much more interested in talking philosophy.  After graduating Bob worked in banking, sales, and most notably as the “GO” portion of AVGO Refuse with one of his oldest and dearest friends Burdette “Dep” Avery who was the AV portion.  He later retired from the US Postal Service serving RR3 Dalton, PA for over 20 years.  He was a member of the Falls/Lake Winola Lions Club, and active in placing the honorary flags on military graves for Memorial Day recognition.

Bob measured his life in time spent through conversations with loved ones and friends...over the course of 77 years, Bob’s conversations were as varied as his company.  A typical Saturday morning started with an intimate talk with his wife, Louann, over a cup of tea; progressed to ‘office hours’ at the local pub where he “held court” bullshitting over politics and sports; and finished with dinner preparation at home discussing jazz with one of his four kids.  An atypical day, however, could be heard through another conversation if you only sat down to listen.

Bob’s conversations will be deeply missed by his surviving four children and five grandchildren:  Luke and wife Ann, granddaughters Sarah and Emily, New Milford, PA; Josh and Miranda, Seattle, WA; Jessica and plus one, John, grandson Greyson, Nairobi, Kenya; and Victor and wife Tina, grandchildren Sophia, and Liam, Lake Winola, PA.  He is survived by his older brother Bruce Gorham, Belton, SC and his multiple friends with whom he had side-bar conversations with along the way.

Memorial services will be held at 10:00 am on Saturday, December 23, 2017 at Fairview Cemetery, Lake Winola, PA.  Friends and family may call to remember and converse about Bob’s life on Friday, December 22, 2017 between 5 and 7 PM at Sheldon Kukuchka Funeral Home, 73 W. Tioga Street, Tunkhannock, PA  18657.   In lieu of flowers, please make a donation to the Wyoming County Cancer Society, PO Box 629, Tunkhannock, PA 18657.

To order memorial trees or send flowers to the family in memory of Robert B. Gorham, please visit our flower store.