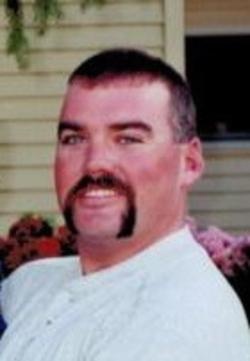 Robert “Rob” Holton 43, of Tunkhannock died on Friday, February 22nd. He was born in Tunkhannock on July 14, 1969 son to Richard Holton of Tunkhannock and the late Elizabeth Larkin Holton. Rob was a 1988 graduate of Tunkhannock. He had been employed on the grounds crew at Stone Hedge Country Club, Creekside Gardens of Tunkhannock and Endless Mountain Landscaping. He was member of Tunkhannock Moose Lodge #1276 and the Black Walnut American Legion. Rob was preceded in death by his mother in law Wilma M. Hopfer and a nephew John Evans. Surviving is his wife Cindy Hopfer Holton, sons Shane and Mark at home, brother and sister in law Charles and Mickey Holton of Tunkhannock, sisters and brother in laws Linda and William Evans of Wilkes-Barre, Beverly and Richard James of Dallas, Mary Alice and James Osterhout of Tunkhannock, Jennifer Very of Nicholson, father in law Gary Hopfer, of Noxen, brother and sister in laws Robert and Jana Hopfer, of Noxen, Gerald and Jodi Hopfer, of Dallas, William Hopfer and Ryan Tucker, of Maryland, Judy and Donald Weber, of Beaumont, several nieces and nephews. Funeral services will be held on Tuesday at 11:00 am from the Sheldon-Kukuchka Funeral Home Inc., 73 W. Tioga St., Tunkhannock, with Pastor Lori Robinson. Interment will be in Sunnyside Cemetery, Tunkhannock. Friends may call at the funeral home Monday from 4:00 PM to 7:00. In lieu of flowers memorial contributions may be made to Robert Holton Memorial Fund at Peoples Neighborhood Bank, PO Box 149, Tunkhannock, Pa. 18657. On line condolences may be sent to the family at www.sheldonkukuchkfuneralhome.com.
To order memorial trees or send flowers to the family in memory of Robert E. Holton, please visit our flower store.