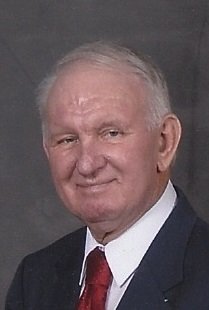 Robert Mislevy, 76, of Tunkhannock passed away peacefully on Thursday, June 4th, 2015. He was born in Lackawanna County on March 2, 1939. He was the son of the late John and Josephine Naylor Mislevy. Bob was a graduate of Tunkhannock High School and received an Associate’s Degree from Williamsport Technical School. He worked as a draftsman for Penn Dot in Dunmore, owned his own excavating company, and worked for International Union of Operator Engineers Local 542. He loved operating equipment and collecting and shopping for antiques and old mementos He was preceded in death by his brother William and sister Ruth Mislevy. He is survived by his loving wife, Barbara Dziuba. They would have celebrated their 48th wedding anniversary on June 17th. Also surviving are a daughter Pam and husband Col. A. Michael McLellan of North Carolina, son Rob of Tunkhannock, two grandchildren Lexi and Katie McLellan, and many nieces, nephews, and cousins. A Mass of Christian Burial will be held on Monday, June 8th at 10:00 AM from the Church of Nativity BVM Tunkhannock interment will be in Pieta Cemetery Tunkhannock. All friends and family are asked to go directly to the church. Friends and family my call at the Sheldon-Kukuchka Funeral Home, Inc. 73 West Tioga St. Tunkhannock on Sunday, June 7th from 6:00 PM- 8:00 PM. Memorial Donations may be made to the local Diabetes Association. For directions and on line condolences please visit www.sheldonkukuchkafuneralhome.com.
To order memorial trees or send flowers to the family in memory of Robert Mislevy, please visit our flower store.