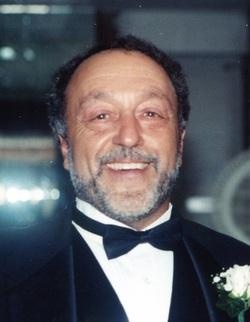 Robert P. Spigarelli of Tunkhannock passed away on Sunday, August 10, 2014 at the Hospice of the Sacred Heart in Dunmore. He was born in Pittston on February 5, 1946 son of the late Feliciano and Amelia Corsaletti Spigarelli. He was a 1963 graduate of Northeast High School and after graduation joined the United States Marine Corp. He attended the University of Scranton graduating in 1971. He was employed as a Senior Field Engineer for the Elliott Company retiring after 30 years of service. He was often referred to as “Bob”; loved the outdoors and enjoyed recreational fishing. He was a member of the Church of the Nativity BVM and the Tunkhannock Moose Lodge. He leaves his two sons and daughters in laws: Thomas Gino (“Gino”) and wife Rowena of Lebanon NJ, Philip Jake (“ PJ”) and wife Fulvia of Ione CA; loving and devoted companion Christine Sheffler of Tunkhannock and brother Joseph Renzi Sr. of Duryea; four beloved grandchildren Arielle, Brooke, Robert Matias and Gino Amador: and many close relatives and friends. Robert was preceded in death by his daughter, Laura Spigarelli. A memorial service will be held on Friday August 15th at 12:30 from the Sheldon-Kukuchka Funeral Home, 73 W. Tioga St, Tunkhannock with Deacon Ray Pierretti. Visitation with family and friends will be from 11:30 am until the time of the service. Should family and friends desire, memorial contributions may be made in Robert P.Spigarelli’s name to Little Sisters of the Poor, Holy Family Residence of Scranton, Pa. by emailing scdevelopment@littlesistersofthepoor.org or calling (570) 343 4065; or to Hospice Education Institute, a non-profit organization by emailing hospiceall@aol.com or calling (800) 331- 1620. Friday August 15, 2014, 12:30 pm at Sheldon-Kukuchka Funeral Home Click for Map and Directions Friday August 15, 2014, 11:30 am - 12:30 am at Sheldon-Kukuchka Funeral Home Click for Map and Directions
To order memorial trees or send flowers to the family in memory of Robert Philip Spigarelli, please visit our flower store.