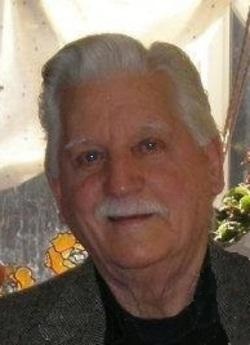 Robert F. Stenten 83, of Tunkhannock died Saturday evening. He was born in Jersey City, New Jersey on July 19, 1930 son of the late Charles and Anna Hosteller Stenten. Robert was a veteran of the United States Marine Corps serving in the Korean War. He was a member of the Black Walnut American Legion Post 510 he was a active soft ball player, bowler and enjoyed coaching basketball in the Lafayette section Jersey City. He is survived by two sons Robert Jr., of Tunkhannock, Ronald, of Hasbrouck Heights, New Jersey and a sister Margarie Corby, of East Rutherford, New Jersey, 5 Grandchildren and 1 Great Grandchild. Funeral services will be held on Saturday September 7 at 3:00 PM from the Sheldon-Kukuchka Funeral Home, Inc. 73 West Tioga St. Tunkhannock Friends and family may call at the funeral home on Saturday from 1:00 PM until the time of the service. For directions and on line condolences please visit www.sheldonkukuchkafuneralhome.com.
To order memorial trees or send flowers to the family in memory of Robert F. Stenten, please visit our flower store.