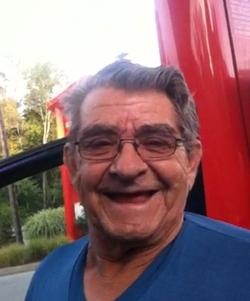 EATON TWP. — Ronnie Barber of Eaton Township died on Monday, Oct. 28, 2013, in the Geisinger Wyoming Valley Medical Center in Plains Township. He was born in Meshoppen on Jan. 23, 1941. Prior to his retirement, he worked as a truck driver at Meshoppen Stone. He loved mechanical work, fishing and especially his grandchildren and great-grandchildren. Ronnie always had a smile and a joke on the tip of his tongue. Surviving are his wife, Shirley Lane Barber; four sons, Ron, Eddie, Bobby and James Barber; five daughters, Rita, Kathy, Rose, Lauri and Amy Barber; three brothers, Roy, of Elmira, N.Y.; Harry and wife Renee, of Nicholson; and James Barber of the Philippines; one sister, Martha Simpson, of Watertown, N.J.; as well as grandchildren, great-grandchildren, and nieces and nephews. Funeral services will be at 11 a.m. Monday at the Sheldon-Kukuchka Funeral Home Inc., 73 W. Tioga St., Tunkhannock, with Pastor Peter F Geschwindner of the Tunkhannock United Methodist Church presiding. Interment will be in Bradford County Memorial Park, Towanda. Friends may call 10 a.m. until the time of the service at the funeral home. Online condolences may be sent to the family at www.sheldonkukuchkafuneralhome.com
To order memorial trees or send flowers to the family in memory of Ronnie Barber, please visit our flower store.