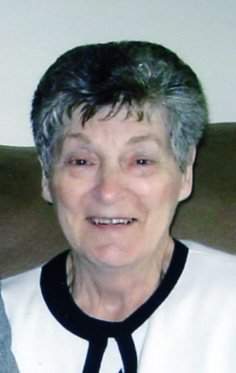 Rose M. Cumens, 83 of Tunkhannock, passed away on Monday, October 10th at the Golden Living Center in Tunkhannock. She was the widow of Robert E. Cumens, who preceded her in death in 2012. Born June 25, 1933 in Vassar, Mich., she is the daughter of the late Louis and Anna Vargo Molnar. Rose was a graduate of Scotts High School in Coatesville, PA. She and her late husband were co-owners of Onawandah Family Campground for 26 yrs. She was a member of the Eaton Baptist Church and enjoyed spending time with her family. Surviving are her sons; Robert K. and wife Debbie Cumens of Springville, Chris Jescavage of Tunkhannock; daughter Dawn and husband Mike Madden of Tunkhannock; brother Lewis Molnar Jr. of Dowingtown; sisters Margaret Nikodemski of Coatesville and Shirley Colyer of Elverson; four grandchildren, Douglas, Marissa, Casey and Edward, and two great-grandchildren, Olivia and Ellie. Funeral services will be held at 11 am on Saturday October 15th from the Sheldon-Kukuchka Funeral Home, 73 W. Tioga St. Tunkhannock with Pastor Kurt Bricker presiding. Interment will be in the South Eaton Cemetery. Friends and family may call at the funeral home from 9:30 a.m. until the time of the service. In lieu of flowers, memorial contributions may be made to the Eaton Baptist Church, 890 Hunter Highway, Tunkhannock.
To order memorial trees or send flowers to the family in memory of Rose M. Cumens, please visit our flower store.