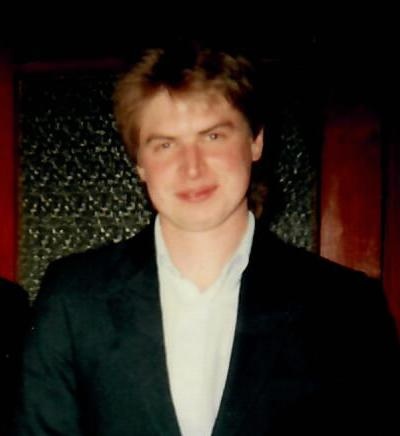 Rusty was a lifelong resident of Hop Bottom, PA, and A 1984 graduate of Mountain View School District.  He was an avid outdoorsman, hunter, fisherman and trapper.  His love for nature began in his youth when he would rise early in the morning, complete his barn chores, and check his traps before he went to school.  Rusty learned the trade of herdsmanship from his grandfather and father, where they operated a successful family dairy farm.

He was employed by Hayduk Enterprises as a PA Licensed Blaster, a Commercial CDL driver and an experienced Track Drill Operator since 2006.

Rusty was preceded in death by his grandparents, Walter A. and Anna E. Malina, his Aunt Joan Malina and George and Renee’ Meckes.

Funeral services will be held on Saturday, March 24th at 12:00 pm from the Sheldon-Kukuchka Funeral Home, 73 W. Tioga St., Tunkhannock, PA. Interment will be held in Evergreen Cemetery of Brooklyn, PA.  A viewing for friends and family will be held from 11 AM until the time of the service.  Online condolences may be sent to the family at www.sheldonkukuchkafuneralhome.com.

To order memorial trees or send flowers to the family in memory of Russell E. Malina Jr., please visit our flower store.