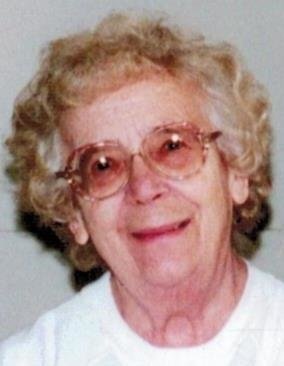 Ruth I. Kneisel of Tunkhannock died Thursday in the Regional Hospital of Scranton. She was born in Decater, Ill on November 10, 1925 daughter of the late John and Marie Duddek. She was educated in North Scranton Schools, a member of the Tunkhannock Pilgrim Holiness Church. She was preceded in death by her husband Eugene who died in 1959, brothers Arthur and Fred Duddek, sisters Helen Smith, Gertrude Neahoff. Surviving is a son Charles and wife Donna Kneisel of Tunkhannock, Brother John Duddek of Allentown, Sister Mary Valentine of Tunkhannock, grandchildren Chad Kneisel and Jacqueline Simmons of Tunkhannock. Great Grandchildren, Evan and Rilley Simmons. Funeral services will be held on Monday evening at 7 pm from the Sheldon-Kukuchka Funeral Home Inc., 73 W. Tioga St. Tunkhannock. Friends may call at the funeral home on Monday from 6 pm until the times of service. On condolence may be sent to the family at www.sheldonkukuchkafuneralhome.com.
To order memorial trees or send flowers to the family in memory of Ruth Kneisel, please visit our flower store.