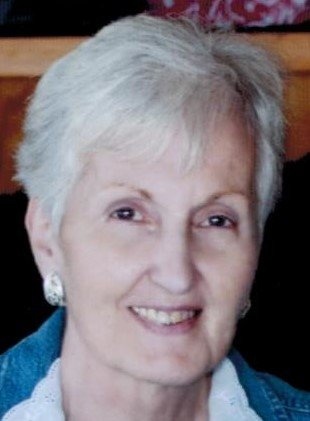 Ruth A. Kukucka of Tunkhannock died Monday, January 1st in The Gardens in Tunkhannock. She was born on Shupp Hill in Tunkhannock on August 3, 1942 daughter of the late Hiram and Evangeline McKennas Ford.

She was preceded in death by a granddaughter Meggie Lee Rought. Surviving is her husband of 54 years John Kukucka, Son Tim and Tina Gacha Kukuchka, daughter Tammy and Dave Rought, brothers Robert and Helen Ford, Thomas and Donna Robinson Ford, sister Wanda and Richard Montross, grandchildren Janelle and Justine Rought all of Tunkhannock.

Funeral services will be held on Thursday at 11am from the Sheldon-Kukuchka Funeral Home Inc., 73 W. Tioga St. Tunkhannock with Deacon Ray Pieretti. Interment will be in Sunnyside Cemetery, Tunkhannock. Family and friends may call at the funeral home on Wednesday evening from 6 to 8. On line condolences may be sent to the family on the funeral home web site.

To order memorial trees or send flowers to the family in memory of Ruth A. Kukucka, please visit our flower store.