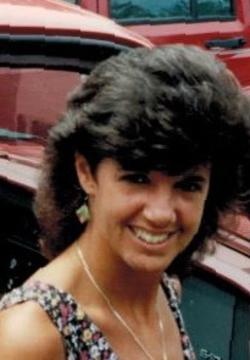 Sandra Marie Ide of Ide Lane Meshoppen passed away at her home on Wednesday March 27th She was born in South Burlington VT on March 9th 1962 daughter of the late Norino C. and Shirley J. Robinson Dattilio. She was a 1980 graduate of South Burlington High School and received a BS and Masters from Springfield College in Massachusetts. She was a member of the Church of the Nativity BVM and served as advisor to its Youth Group. She was a former soccer coach at the Tunkhannock Middle School and the Community Soccer League. She also served as a Brownie Leader. Surviving is her husband of 18 years David Ide, son Nicholas C. Ide at home, step-son Joshua D. Ide Columbia MD, daughters Jessica N. Ide at home and stepdaughter Samantha L. Ide of Tunkhannock. Brother and sister–in-law Steven and LouRea Dattilio of South Burlington VT sisters Toni and Timothy Cassidy of Jerchio VT and Rosie Dattilio of Colchester VT. The family will receive friends at the Sheldon-Kukuchka Funeral Home, 73 W. Tioga St., Tunkhannock on Saturday from 5 – 8 pm. A Mass of Christian Burial will be held on Monday at 10 am at the Church of the Nativity BVM in Tunkhannock. Interment will be in Sunnyside Cemetery Tunkhannock. Family and friends are requested to go directly to the church. In lieu of flowers memorial contributions may be made to the Tunkhannock Scholarship Fund, PO Box 336, Tunkhannock, PA 18657, or to the Church of the Nativity BVM, PO Box 186, Tunkhannock, Pa 18657. Online condolences may be sent to the family at www.sheldonkukuchkafuneralhome.com
To order memorial trees or send flowers to the family in memory of Sandra Marie Ide, please visit our flower store.