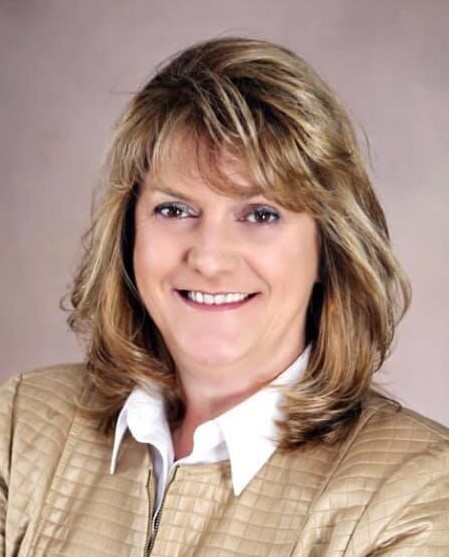 The Lord called his faithful servant, Sandra “Sandy” Lea Repsher Ritz, 56, home on Oct. 18, 2019. Sandy was surrounded by her loving family at her home, after a courageous battle with pancreatic cancer.

Sandy was a 1981 graduate of Tunkhannock Area High School, attended Keystone Junior College and was a member of the Eatonville United Methodist Church.

Sandy served as a Wyoming County auditor for 24 years. Active in the community, Sandy was the past president of the Tunkhannock Business and Professional Women’s Organization, and was a recipient of the Young Careerist Award and member of the Wyoming County Chamber of Commerce. Sandy served as a member of Chamber’s Auction Committee and co-chaired the 37th Annual Tyler Antique Show.

She participated in the Big Brother, Big Sister Bowl-a-thon, the CROP Walk for Hunger, a local school program, R.I.S.E. (Reading Is So Exciting), the Damon Young Memorial Scholarship Walk/Run and was a Triton Hose Carnival volunteer.

Sandy served as an executive member of the Wyoming County Republican Committee and has been a Tunkhannock Borough Ward 1 Republican Committeewoman for 30 years. She is the past president of the Wyoming County Federation of Republican Women. She has served as campaign coordinator for Senator Lisa Baker, Baker for Senate Committee, county campaign coordinator for Tom Corbett for Governor and was active in the 2016 Make America Great Again, Trump campaign. Sandy was a proud recipient for the Annis Tyler Award.

Sandy and her husband, Chris, met in 1978, became high school sweethearts and married July 30, 1983, have owned a home and resided in Tunkhannock Borough for 35 years.

Besides her husband, Sandy leaves behind two children, a son, Christopher, of Tunkhannock, and a daughter, Ashley Darby and her husband, Michael, and grandson Jackson, of Centermoreland; her mother, Sylvia Repsher and father Kenneth Repsher Sr.; siblings Tammy Jenkins, Holly Banta and Ken Repsher Jr. and his wife, Michelle Kelchner Repsher, all of Tunkhannock; and beloved aunts, uncles, cousins, brothers and sisters-in-law, nieces, nephews and many dear friends.

Family and friends are invited to attend Sandy’s funeral service which will be held at 11 a.m. on Monday, Oct. 21, from the Sheldon-Kukuchka Funeral Home Inc., 73 W. Tioga St., Tunkhannock, PA 18657. Interment will be in Sunnyside Cemetery, Tunkhannock. A viewing will be held from 2 to 4 p.m. on Sunday and 6 to 9 p.m. at the funeral home.

To order memorial trees or send flowers to the family in memory of Sandra Lea Ritz, please visit our flower store.