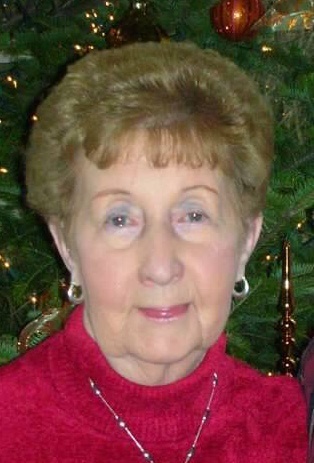 Shirley Romayne Clark Heise, 90, formerly of Falls, died Thursday, July 11, 2019 at Regional Hospital of Scranton. She is survived by her husband Howard H. Heise, Jr. Born in Scranton on October 18, 1928, she was the daughter of the late Harry and Romayne Gaul Clark. She was a graduate of Falls-Overfield High School. Shirley married her high school sweetheart, Howard, upon his return from World War II, and they recently celebrated their 71st anniversary. Her greatest treasures were her family and friends. Her love for and devotion to her husband, children, grandchildren and great-grandchildren could not be measured.  She was a woman of faith, and a long-time member of the Schultzville United Methodist Church. She was a proud member of the order of the Eastern Star, and served her community in many respects as a Brownie leader, church volunteer and judge of elections. She loved to go “trailering” with her husband and their friends in their Airstream camper and enjoyed numerous trips across the country and Canada. In addition to her husband, she is survived by daughters, Susan Heise Webster and husband Larry, Victoria Heise Switzer and husband Jimmy; son, Howard B. Heise and wife Deborah; grandchildren, Corey Webster, Morgan Jones, Anthony Heise, Aubrey Heise, Oliver Heise; great grandchildren, Maximillian and Nicodemus Webster; and numerous Heise and Clark nieces and nephews. Shirley was preceded in death by her brother Robert Clark. Friends may call on Friday, July 19, 2019 from 3:00 p.m. to 6:00 p.m. at Sheldon-Kukuchka Funeral Home, Inc. 73 W. Tioga St. Tunkhannock, PA 18567. Funeral service to be held immediately thereafter at 6:00 p.m. from the funeral home. Interment will be in Greenwood Cemetery, Dalton, PA. In lieu of flowers, donations can be made in Shirley’s name to her favorite charity, St. Joseph’s Indian School, at https://www.stjo.org/.

To order memorial trees or send flowers to the family in memory of Shirley Romayne Heise, please visit our flower store.