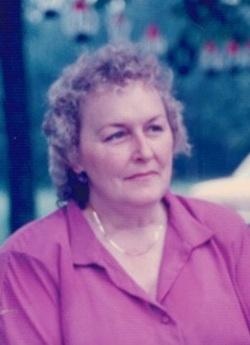 Shirley Kelly Reeves 79, of Falls died Thursday evening at home with her family by her side. She was preceded in death by her husband Donald D. Reeves. She was born in Scranton on January 4, 1935 daughter of the late Joseph E. and Jessie A. Dixon Kelly. She and her late husband founded and owned Reeves Septic Services and Rent A John Inc. Shirley was a veteran of the United States Air Force with specialization in communications. Shirley loved her daily rides around northeastern Pennsylvania, especially her daily iced coffee from Dunkin Donuts and trips to Wal Mart as well as Peebles. She enjoyed fashions and being with family and friends, Shirley took care of everyone with such devotion, caring and selflessness during her lifetime, she will be dearly miss by all of the lives she touched. She was preceded in death by brothers Richard, Joseph J., and Edward Kelly and sister Anna May Kelly. She is survived by her daughters Susan Reeves and wife Patricia, Rebecca Reeves, Sons Gary Reeves and wife Mary Alice, Mark Reeves and wife Lossie, Ronald Reeves and wife Christina. Brothers Michael Kelly of Oklahoma, sisters Patricia Kalber of Middletown CT., and Karen Simpson of Washington Boro, Pa., grandchildren Kyle, Courtney, Nathan, Raymond, Mark, Mitchell, and Joshua. Great grandchildren Amberli, Sebastian, and LeiLanni, as well as several nieces and nephews. Funeral services will be held on Monday at 11 am from the Sheldon-Kukuchka Funeral Home Inc., 73 W. Tioga St. with Pastor Peter F. Geschwindner. Interment will be in Roberts Cemetery, Falls, Pa. Friends may call at the funeral home on Sunday from 4 to 7. On line condolences may be sent to the family at www.sheldonkukuchkafunearlhome.com
To order memorial trees or send flowers to the family in memory of Shirley H. Reeves, please visit our flower store.